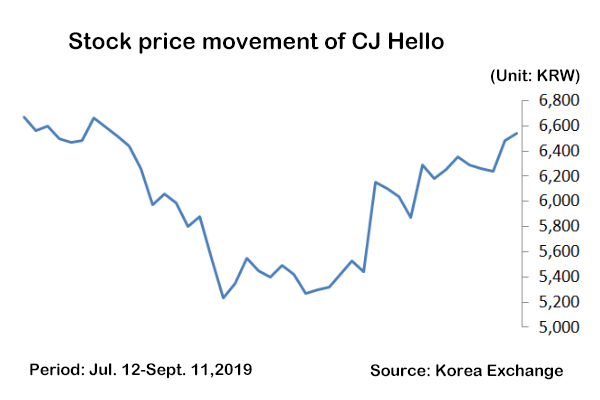 이미지 확대
Shares of CJ Hello, Korea’s largest cable TV operator, flew high Wednesday after it received a conditional approval to go under wireless service carrier of LG Group, although they finished lower on profit-taking. LG Uplus also gained on the prospects of ascending to No. 2 in the burgeoning video-on-demand market.

Sources say LG Uplus Tuesday received a review report from the country’s antitrust watchdog, which includes approval of its planned business combination with CJ Hello on condition that the transition of CJ Hello subscribers to LG Uplus’ IPTV and to low-cost smartphone services on KT’s network will be limited for a certain period of time. But the review excluded a potential divestiture of CJ Hello’s low-cost telco, or MVNO business, another condition which has been demanded by competitors. 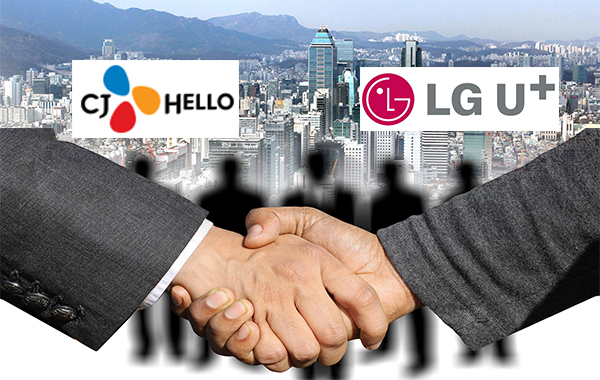 이미지 확대
CJ Hello is Korea’s No. 1 cable TV operator with more than 4 million subscribers. It is also responsible for nearly 13 percent of the country’s paid TV market while LG Uplus controls about 12 percent. Their business combination will pose as formidable competition to the industry leader KT with 31.07 percent. The merger would also make LG Uplus a dominant MVNO with nearly 2.15 million subscribers.

LG Uplus convened a board meeting in February to finalize the 800 billion won deal to take over a 50 percent stake plus one share in CJ Hello from CJ ENM. It filed separate applications for merger approval with the Fair Trade Commission and the Ministry of Science and ICT in March. The Ministry of Science and ICT is reviewing whether the merger can undermine public interest.​