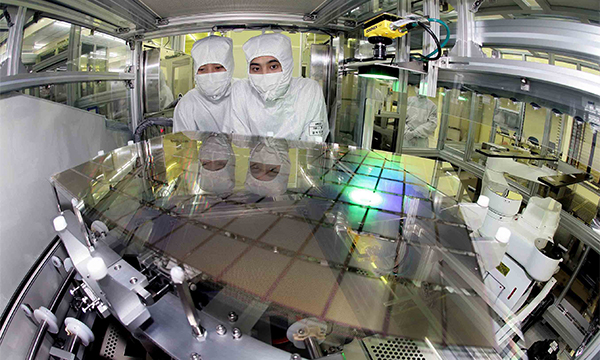 According to industry sources on Monday, Samsung Venture Investment has invested an undisclosed amount in iBeam Materials, becoming the U.S. startup’s strategic investor. The other terms are not disclosed, either.

iBeam Materials, founded in 2011 in the U.S., develops products and solutions using LEDs. It reportedly has the core technology for mass-producing microLED, self-emissive display that Samsung Electronics is grooming along with QD OLED as next-generation alternatives to the rivaling organic light-emitting diode (OLED) displays.

“iBeam’s breakthrough in light-emitting diodes (LEDs) enables LEDs to be manufactured on large-area substrates as opposed to the much smaller single-crystal wafers currently used in the industry,” a Samsung Ventures representative was stated in a press release.

MicroLED is a new flat panel display that consists of arrays of self-emitting microscopic LEDs. It is known that the microLED display offers better contrast, response times, and energy efficiency compared with others. It also can be tailored to any size and aspect ratio.

Samsung Electronics reportedly is one of very few companies in the world that can produce microLED displays. The company touted microLED as the highest level of self-emissive display technology and pledged to develop a microLED TV at the IFA 2019 trade fair, which opened on Sept 6 in Berlin.​