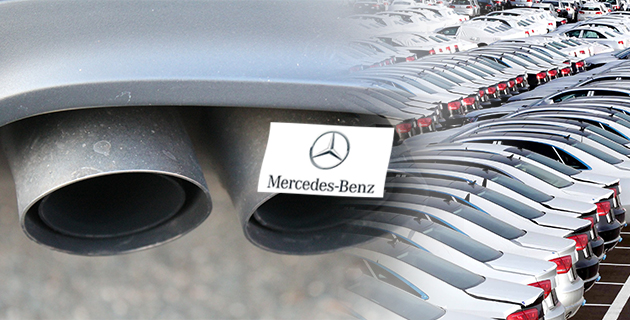 Korea’s Supreme Court on Monday upheld the lower court’s ruling to impose 2.7 billion won fine on Mercedes-Benz Korea that was indicted on charges of importing and distributing some 7,000 cars with uncertified emission parts in the country from January 2014 to July 2017. Also, a former Mercedes-Benz Korea employee, surnamed Kim who had been in charge of related documents, was sentenced eight months in prison and two years in probation as ruled in the lower court.

The 7,000 vehicles in question were worth about 400 billion won.

In Korea, it is mandatory for receiving government approval on cars equipped with new auto parts. But the automaker’s Korean sales unit imported about 7,000 cars during the cited periods without authorization for the new emissions and noise-related parts in the cars. The lower court judged the company failed to rectify the issue for three and a half years despite being fined four times during the period. It said the automaker profited more than 200 billion won from the practice.

The company had appealed the court’s ruling on the ground of misinterpretation but the top court sided with the lower courts.

In response to the latest ruling, Mercedes-Benz Korea said it respects the court’s judgment, although it was regrettable its appeals were not accepted.​

By Chae Jong-won and Cho Jeehyun