Posco announced Monday that the workers and management agreed to a deal after 23 meetings since May 24 to raise base salary by 2 percent, adjust working hours to 8 am to 5 pm and pay 95 percent of the salaries against peak wage to employees aged 57 under the wage peak system.

The company said 86.1 percent of its unionized workers voted in favor of the plan, and it will hold a signing ceremony on Tuesday at its headquarters in Pohang, North Gyeongsang Province.

The steelmaker was operated virtually without a union since its first union affiliated with the Federation of Korean Trade Unions (FKTU), the nation’s biggest and less militant union group, had fallen apart in 1991 following a corruption scandal. A labor-management council was established in 1997 to serve as a channel for collective bargaining. 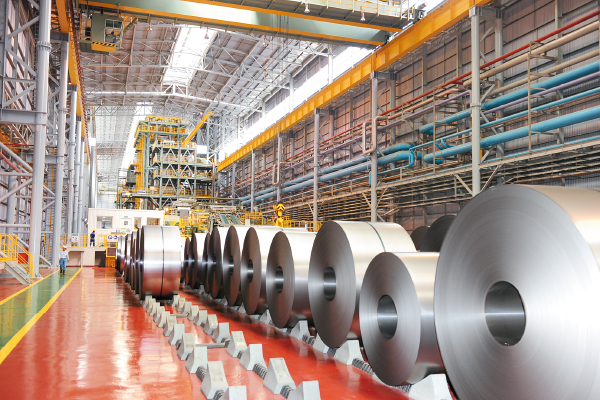 이미지 확대
A union fraction under the hard-line Korean Confederation of Trade Unions (KCTU) was launched last year, followed by anther union affiliated with FKTU. The latter was granted legal bargaining rights from the labor ministry.

There had been worries about this year’s bargaining with two, when dealing with one can be tough in Korea. But the union groups ironed out differences amongst themselves first before confronting the management at a time the steelmaker faced subdued demand and administrative actions for emitting pollutants by overusing bleeder valves that should only be opened in case of an emergency.

In order to enhance efficiency, its workers and management agreed to advance working hours from 9 am – 6 pm to 8 am – 5 pm and reduce unnecessary overtime work. Amid rapid population aging, employees aged 57 will receive 95 percent of what they are paid during their peak years, up from current 90 percent, under the peak salary system. In addition, retirement commencement date will change from the end of the quarter that includes a worker’s 60-year-old birthday to the end of that year.​