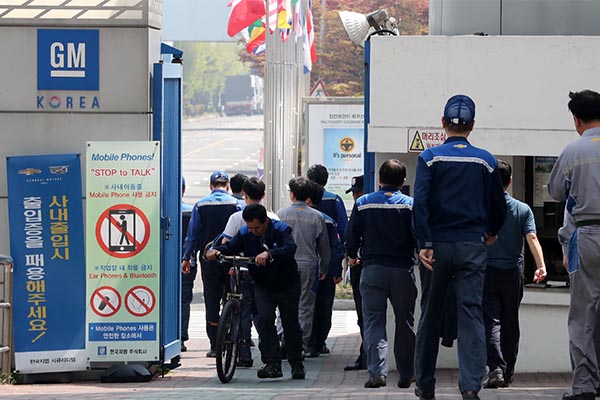 이미지 확대
Over 8,000 unionized workers of GM Korea Co. at its two manufacturing bases in Korea have embarked on a three-day strike from Monday, halting production at the Korean unit of the U.S. automaker still struggling to normalize operations after nearing bankruptcy last year.

Workers braved their first-ever full walkout since their employer changed from Daewoo Motor to the Detroit-based U.S. automaker in 2002 despite warnings that such action could lead to reduction in work consignment in the Korean factories after the management flatly denied negotiation on its salary terms. Two factories in Bupyeong and one in Changwon came to a complete stop.

The union plans to carry out the strike until Wednesday and also over the next two months until its demands are met. Some 2,000 employees at GM Korea’s R&D unit, GM Technical Center Korea, joined the strike on Tuesday. 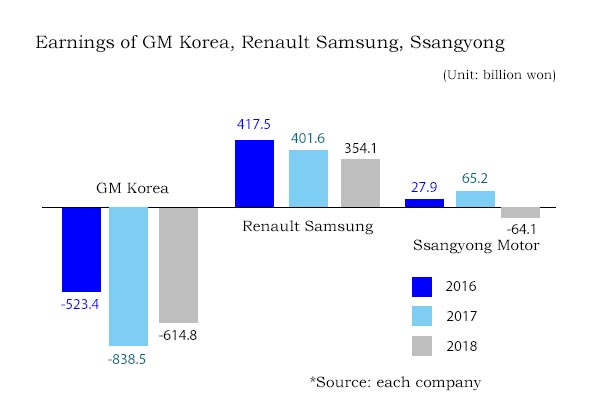 이미지 확대
The union is reportedly asking for 16.5 million won ($13,850) in bonuses and incentives per worker, a term more generous then the union demanded by the country’s largest automaker Hyundai Motor. The management declined to negotiate citing snowballing losses.

GM Korea was saved from the brink of bankruptcy last year when state-run Korea Development Bank agreed to contribute 800 billion won to GM’s rescue package after it closed down one factory in Gunsan.

Automakers under foreign ownership in Korea have been struggling due to lack of appealing new models and high labor costs that led to repeated conflict with their foreign owners.

Renault Samsung Motors has started taking applications for early retirement for the first time in seven years after failing to renew the contract for the production of the Nissan Rogue SUV, which is responsible for more than half of its output.

Ssangyong Motor Co. has already slashed 20 percent of its senior management and cut 10 percent of their pay. It is said to be considering other aggressive measures to cut costs including voluntary retirement and rotational leave.

By Moon Ji-woong and Kim Hyo-jin