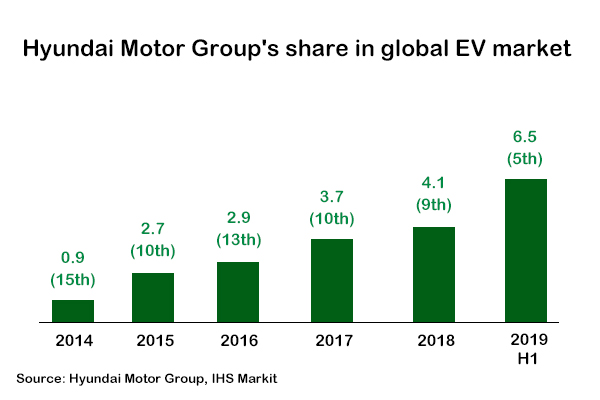 이미지 확대
Hyundai Motor and its affiliate Kia Motors ranked fifth in the global electric vehicle market, selling 44,838 electric vehicles (30,963 by Hyundai and 13,875 by Kia) in the first six months of the year,

Hyundai Motor Group said on Monday. The figure was up over 140 percent from 18,445 units a year ago. 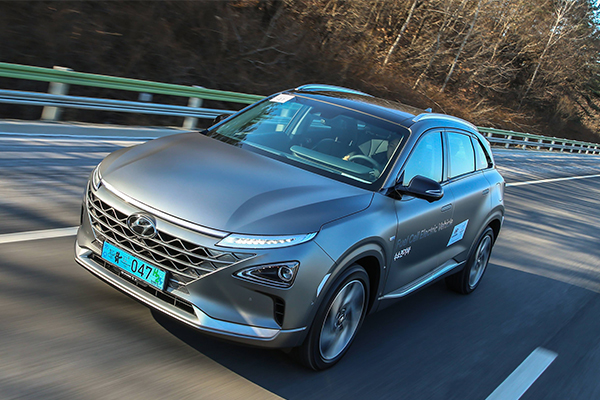 이미지 확대
The Korean auto giant had a 0.9 percent market share in the global EV market in 2014 by selling 2,437 units, but it entered the top 10 last year after fielding EV versions of popular SUVS Kona from Hyundai and Niro from Kia.

The proportion of full electric vehicles in the alternatively-fueled vehicle market is also on the rise, with 8.7 percent in 2014 and 36.0 percent in the first half of this year. The share of hybrids declined from 84.7 percent to 50.5 percent in the same period.​