Myeong-dong ranks top as most expensive commercial district in Korea

이미지 확대
Myeong-dong, one of the busiest shopping districts in central Seoul, ranked top in the price of monthly rent for commercial stores in the first quarter this year in South Korea.

According to an analysis made by a local commercial district data tracker on statistics of the Korea Appraisal Board, the monthly rent in Myeong-dong in Jung-gu reached 278,600 won ($236.76) per square meter on average from January to March this year, more than twice as high as that in Gangnam-daero in Gangnam district at 112,000 won. The vacancy rate of commercial buildings in Myeong-dong is the lowest at 4.4 percent, much lower than the average vacancy rate across the nation at 8.3 percent and in Seoul at 5.3 percent. 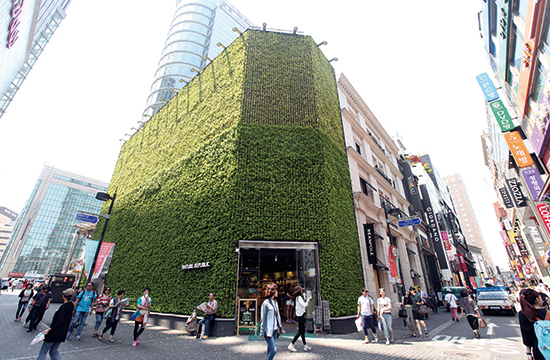 이미지 확대
According to data released by the Ministry of Land, Infrastructure and Transport, the site of Nature Republic cosmetics store in Myeong-dong was the most expensive land in the country at 604 million won per 3.3 square meters, retaining the top spot over the past 16 years. SK Telecom’s big data service platform Geovision estimated that the retail district also has heavy foot traffic of 410,000 per day. 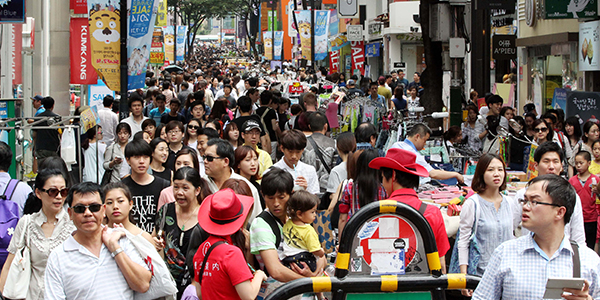 이미지 확대
Geovision also found that coffee stores in Myeong-dong area were estimated to have raised 160 million won on average in monthly revenue as of May, about 100 million won higher than other coffee shops located in entire Jung-gu.

By Lee Han-na and Choi Mira