Korea’s Shilla Duty Free leaps to No. 3 after Lotte in global sales 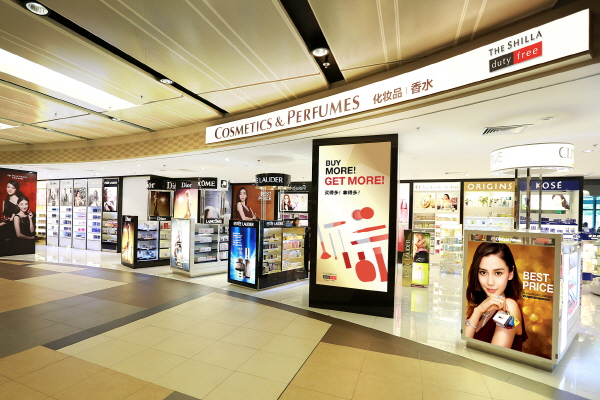 According to the latest issue of British travel retail magazine Moodie Davitt Report, Shilla Duty Free ranked the third in the global travel retail market based on 2018 full-year sale, moving up from 5th in 2018 as its gross sales from Korea and overseas plus HDC-Shilla joint venture jumped 40.7 percent to 5.48 billion euros ($6.2 billion). 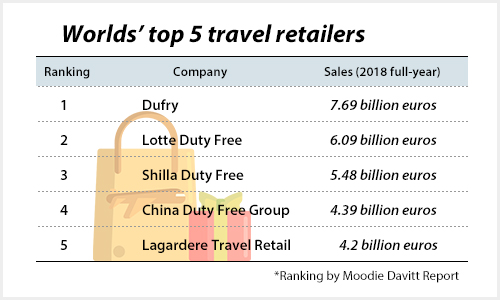 이미지 확대
Shilla Duty Free shop, as well as the country’s other big travel retailers, “benefited from their ability to source popular products at competitive prices and attract large-scale daigou (Chinese merchants) who increased their order volumes to match growing demand in China,” said the report as it pointed out Shilla’s tax-free outlets in downtown Seoul where the majority of daigous source goods for resale in China surged 31 percent year-on-year.

Also, Shilla Duty Free’s new stores in Jeju Island and Terminal 2 in Incheon International Airport fared well while its overseas operations grew to be responsible for 14 percent of the company’s total revenue. 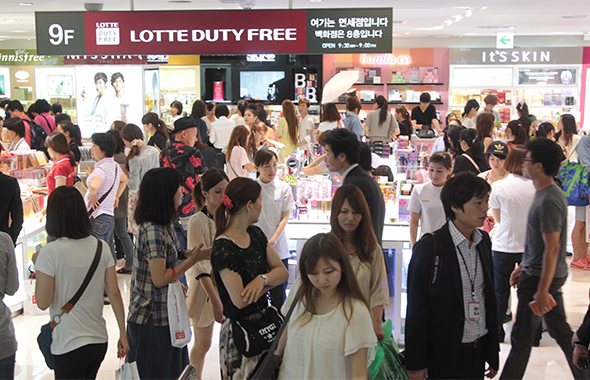 이미지 확대
Lotte Duty Free, another Korean name, ranked No. 2 in the world for the third year in a row with sales of 6.09 billion euros. It was able to narrow its sales gap with industry powerhouse Dufry, which has been defending its leadership since 2014, to 1.5 billion euros from previous 2.3 billion euros. Switzerland-based Dufry recorded 7.7 billion euros in sales for full 2018.

Fourth on the global top 5 list was China Duty Free Group with full-year sales of 4.4 billion euros, making a huge leap from its No. 8 position in the position in 2017 by taking over Sunrise Duty Free.

Lagardere Travel Retail of France moved down to the fifth from third place despite its fair sales performance. It posted 4.2 billion euros in sales, up 7.2 percent from a year earlier.

By Lee Yoo-jin and Cho Jeehyun