LG Electronics rolls out LG Pay for its phone users in the U.S. 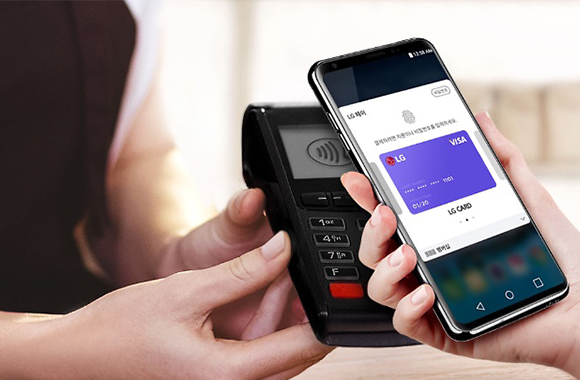 According to multiple industry sources, LG Electronics has deployed LG Pay app via Google Play store on Tuesday, local time. The company plans to update LG Pay functions in the future so that the app can support the latest V50 ThinkQ and earlier flagship devices available in the American market.

LG Pay has been in service in Korea since June 2017, arriving in the scene later than its bigger rival Samsung Pay.

Samsung Pay began service in Korea in August 2015 and in the United States in the following month. Currently, Samsung Pay is available in about 20 countries across the world. The app supports not only premium smartphones such as the Galaxy S and Galaxy Note series but also budget devices like Galaxy A.

Mobile payment services offered by Samsung and LG are considered more user-friendly and convenient compared to rival services in the U.S. such as Apple Pay and Google Pay that only support near field communication reader as they allow payments with simple contact with card readers as magnetic signals occur from mobile devices.

The Verge, American technology news and media network, cited a report by Android Central, criticizing “the new tech comes with two significant caveats, first of which that it only works [for now] with the LG G8 ThinQ phone, a device we found gimmicky and generally uncompetitive in our recent review.” The Verge also pointed out LG Pay cannot withdraw cash at ATMs like Samsung Pay.