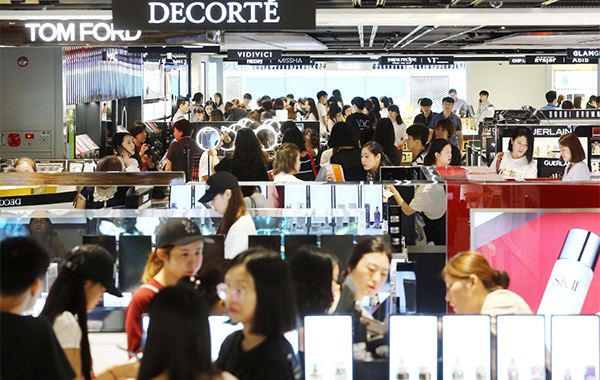 Korean duty-free shops performed their best in the first half of this year on big spending by Chinese merchants.

Korean duty-free shops’ monthly revenue topped 2 trillion won for the first time ever in March and again in May, making a big comeback from business slump in recent years due to Beijing’s ban on Chinese group tours to Korea following Seoul’s decision to install U.S. anti-missile system. Such travel ban however resulted in a rise of individual Chinese merchants called daigou, who buy duty-free products in Korea in bulk to resell in China. 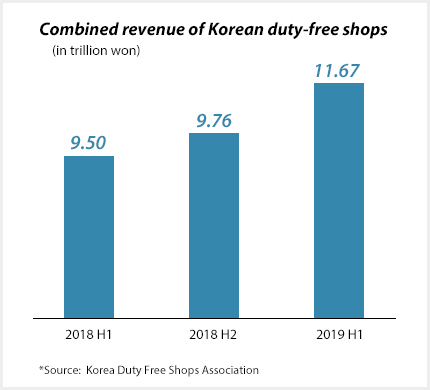 이미지 확대
The merchants previously had bought mostly cosmetics and luxury goods, but now include fashion items to their shopping lists.

Industry experts, however, argue that local duty-free shops need to reduce their dependence on Chinese merchants if they want to improve profitability. Most of Korean duty-free shops, including the country’s top 3 Lotte, Shilla, and Shinsegae, pay 20 to 30 percent of daigou’s purchases as commissions to Chinese tour agencies for referring the merchants to their shops. According to Korea Customs Services, duty-free shops’ commission expenses reached 1.3 trillion won last year, more than doubled from 563 billion won in 2015.

Apart from the increase in the number of big-spending Chinese merchants, the addition of new travel retail outlets in and around Seoul also helped local duty-free industry set a new sales record.

Seoul has added three new duty-free outlets since July last year, and one more opened at the arrival terminal of the country’s main air gateway Incheon International Airport in May.

By Lee Duk-joo and Cho Jeehyun