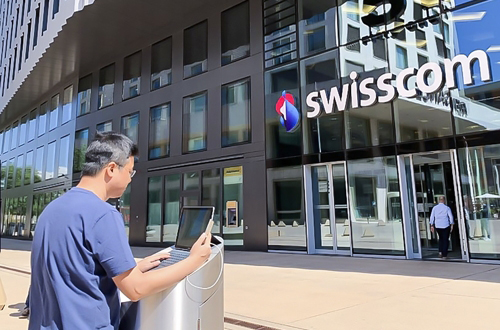 An SK Telecom Co. employee tests 5G roaming service in Switzerland before the top carrier launches official service for the first time in the world with Swisscom on Wednesday. [Photo provided by SK Telecom Co.]

Under the partnership, users of Samsung Electronics’ Galaxy S10 handsets with 5G plan will be able to connect to Swisscom’s 5G network in the European country starting Wednesday after they upgrade software.

SK Telecom said on Tuesday that roaming service users in Switzerland will be able to connect to various services via 5G network such as high-traffic YouTube and mobile app Oksusu as well as other streaming services and also augmented reality and virtual reality contents. 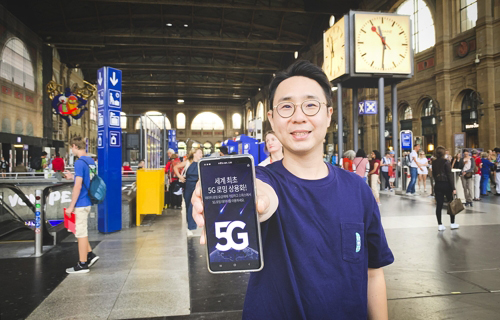 According to SK Telecom, it has secured 550,000 5G subscribers as of end of June since it launched world’s first 5G service in April, becoming world’s first mobile carrier to surpass the 500,000 subscriber milestone.