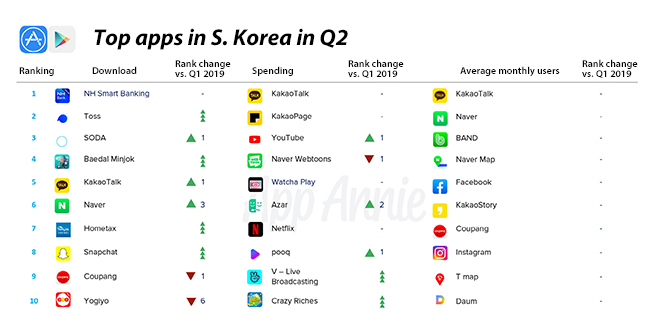 Consumer spending in mobile apps in South Korea reached an all-time high of $102.34 million in the second quarter ended June, with high spending on messenger and streaming apps.

According to data released by mobile data and analytics provider App Annie on Monday, consumer spending in app stores across Apple iOS and Google Play amounted to a record $102.34 million in the April-June period, up 1.2 percent from the previous three months. Domestic app downloads reached 307.23 million, down 5 percent during the same period.

In Korea, consumers spent the most on KakaoTalk, the country’s leading multifaceted messaging app, followed by KakaoPage, which is a main content platform for webtoons, novels, and movies, YouTube, Naver Webtoon, and Whatcha Play, which is a movie streaming service app. In terms of downloads, banking apps including NH Smart Banking and mobile payment app Toss ranked top two. 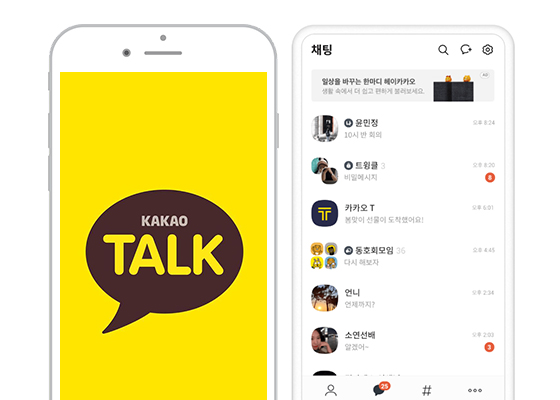 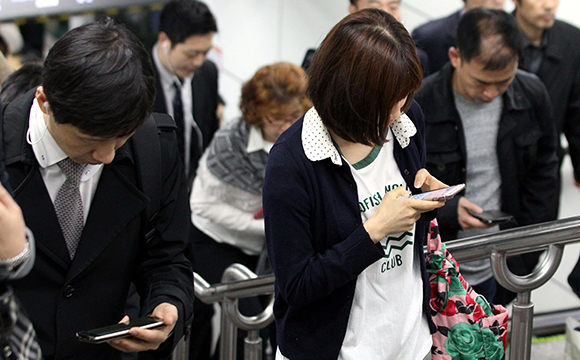 이미지 확대
Mobile gaming app downloads on Google Play in the second quarter were most active in India, Brazil, and the United States, data showed, while on iOS platform China, the U.S., and Japan.

The company projected that demand for non face-to-face service apps such as those of banks, delivery, and consumer services will continue to grow among mobile users in Korea in the remaining of the year.