Woori Financial Group said on Wednesday that the Woori Bank’s two subsidiaries will go under the holding structure by the end of this year, although it originally planned to complete the process within the first half. The group chairman Sohn Tae-seung announced the plan in January during a press conference held after the holding company transition.

But trade-off in the shares is not easy due to poor market conditions. 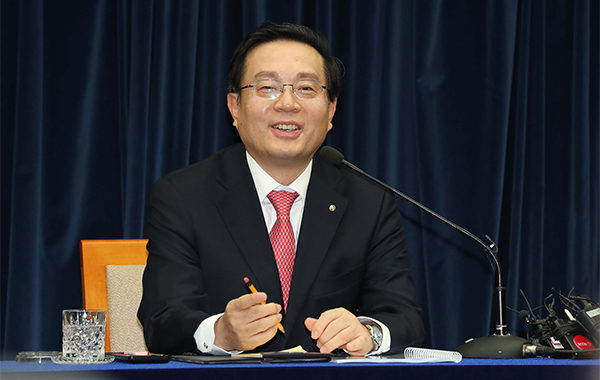 Woori Bank attempts to sell a 50 percent stake in Woori Card through a stock swap and the rest through cash. Woori Financial Group stock plunged 10.9 percent from 15,600 won ($13.20) in February 13 when the company relisted on the Kospi market to 13,900 won on Tuesday.

Sohn bought back the company shares four times this year to boost the share prices but did not help much. The stock price could fall sharply lower on new supplies.

By Lee Seung-hoon and Choi Mira