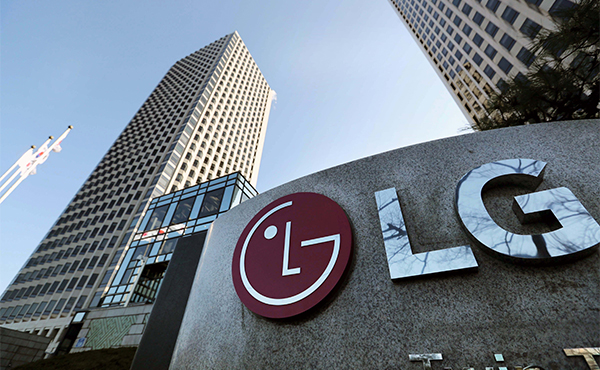 이미지 확대
South Korea’s fourth largest conglomerate LG Group is attempting to divest a sizeable stake in its in-house system integration unit to give impetus to its stretch beyond LG family and secure financial ammunitions in M&As and other investment for new growth.

According to investment banking sources on Tuesday, the group’s holding entity LG Corp. named JP Morgan as the lead financial advisor for the sale of a 37.3 percent stake in LG CNS Co. worth about more than 1 trillion won ($847 million).

LG Group confirmed that it is seeking to sell the stake to help improve financial soundness and secure new growth engines. Market experts expect private equity funds would be most interested.

LG Group under leadership of 40-something leader Koo Kwang-mo has been active in realigning business structure in line with the changes of times. 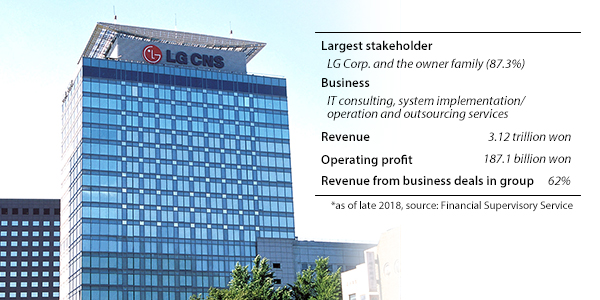 이미지 확대
LG Uplus, the wireless carrier company under the group, in February bought a 50 percent stake plus one share in the nation’s largest cable TV operator CJ Hello at nearly 1 trillion won and is awaiting administrative approval for the acquisition. LG Electronics also is looking for a buyer for its water treatment affiliates – HiEntech and LG-Hitachi Water Solutions – to focus its core home appliance business.

LG Corp’s stake sale also would be aimed to comply with tougher regulations on inside business deals in large conglomerates. Under the new fair trade law, which is pending in the National Assembly, if a parent company in which the owner family holds a stake of at least 20 percent obtains more than a 50 percent share in a subsidiary, the unit is placed on a special watch list for internal favoring practice.

Inter-affiliate deals are often viewed as a ploy among Korean owner families to gain easy profits through lucrative contracts awarded to subsidiaries.

LG CNS relied more than 62 percent of revenue on servicing subsidiaries of the LG family as of the end of last year.