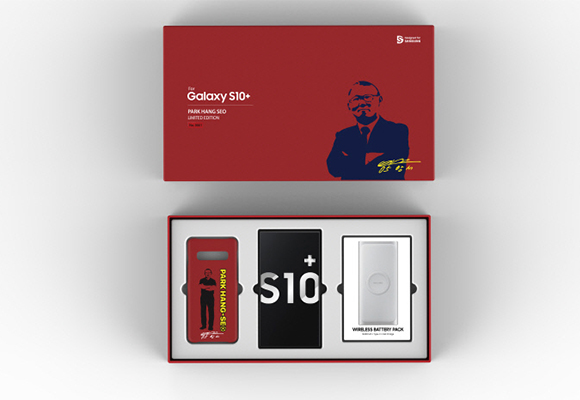 It is the first time for the South Korean tech giant ever to offer a special edition model themed after a real person, according to the company on Monday. It has released Galaxy series’ limited editions themed after movie characters such as Batman and Iron Man.

The Galaxy S10+ Park Hang Seo Limited Edition comes with a 10,000 mAh wireless power bank and an official NFC-enabled Park Hang Seo back cover, which activates soccer and Park Hang Seo-themed special interface when the phone is placed on, in a box signed by the coach. Also, the smartphone comes in a new “Prism Silver” color with gradient effect.

Park, currently the head coach of the Vietnamese national soccer team, has led the team to win the 2018 AFC Suzuki Cup for the first time in 10 years. Under his guidance, the Vietnamese team also reached the quarter-finals of the 2019 AFC Asian Cup, which was another stunning result for the team although it lost to the runners-up.

Vietnamese people have credited the recent string of achievements of their soccer team to Park, lauding him as a national hero. Riding on his popularity, Korean companies have been releasing products and services featuring Park.