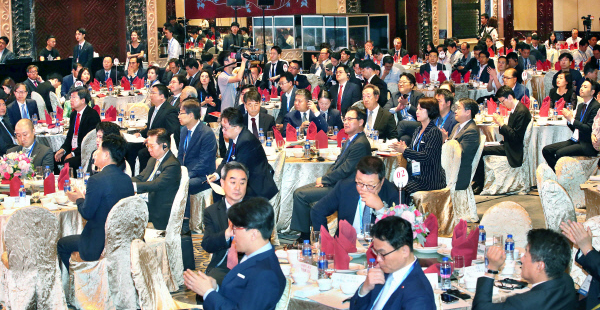 More than 300 business leaders from South Korean and China gathered at the China Greater Bay Forum hosted by Maekyung Media Group on Wednesday in Shenzhen, China, to explore ways to deepen their ties to nurture new growth engine.

“Shenzhen that has grown from a small fishing village to a city with per capita income exceeding $20,000 in 40 years is now a model for an innovative economy,” said Maekyung Media Group Chairman Chang Dae-whan in his opening speech. “We need to focus on the city’s deregulation and entrepreneurship support measures.”

At the 27th Maekyung Global Forum, business figures from Korea and China aggressively looked for ways to boost cooperation in the fourth industrial revolution era, especially at a time when the both economies are slowing down amid growing uncertainties in the global economy.

Lixin Wang, vice mayor of Shenzhen, said that trade volume between Shenzhen and Korea jumped 18 percent from the previous year to $24.8 billion last year, stressing that Korea is one of the city’s major economic partners. 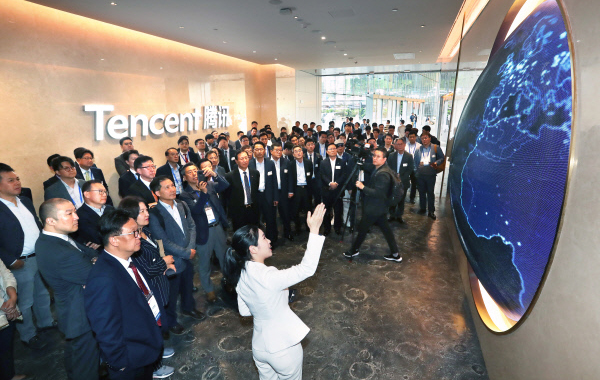 Shenzhen, one of the major cities in Guangdong Province, is now known as China’s Silicon Valley. As a technology hub, the city is home to some of the biggest tech firms in the world including gaming company Tencent, telecom giant Huawei and drone maker DJI.

Meanwhile, more than 100 Korean business leaders including CJ Group Chairman Sohn Kyung-shik and the Korea Federation of Small and Medium Business (KBIZ) Chairman Kim Gi-moon visited the China’s biggest game developer Tencent and the world’s largest drone maker DJI on Wednesday, following their visit to Huawei a day before. They agreed that Chinese firms emerging as technology superpower based on innovative spirit could pose a huge threat to Korean companies.

By Park Man-won and Choi Mira