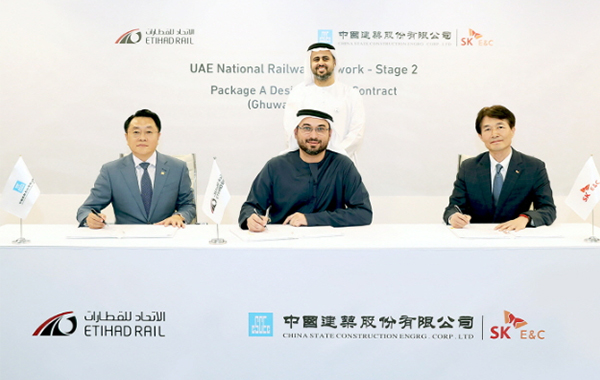 South Korea’s SK Engineering & Construction Co. has won a $420 million order to build a railway in the United Arab Emirate with a Chinese partner, becoming the first Korean builder to participate in a railway construction project of a member of the Gulf Cooperation Council (GCC).

SK E&C announced Wednesday that its consortium with China State Construction Engineering Corporation (CSCEC) clinched the deal to build a 139-kilometer-long railway from Ghuweifat to Ruwais, the first section of the second stage project for a total 605-kilometer railway by UAE’s state-owned rail developer Etihad Rail. 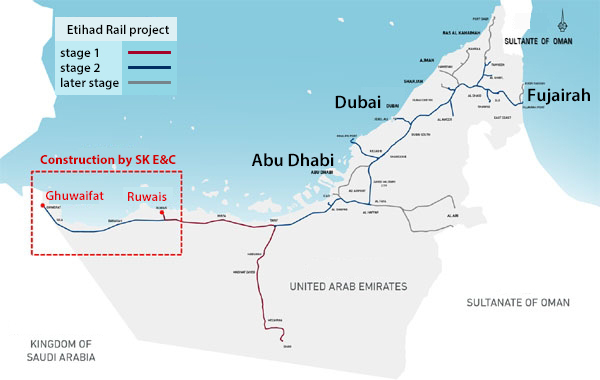 The Korean builder holding a 42.5 percent stake in the project will be responsible for engineering, procurement and construction (EPC). It is expected to take 46 months to complete the construction by 2023.

SK E&C said that it could win the contract thanks to its outstanding technology and price competitiveness in cooperation with CSCEC, a Chinese state-run construction company which SK E&C has been in a strategic partnership with since 2015.

The Middle Eastern country has been conducting the railway project as part of efforts to promote balanced development and green growth. SK E&C expects the deal would help it win additional orders in the Gulf region.