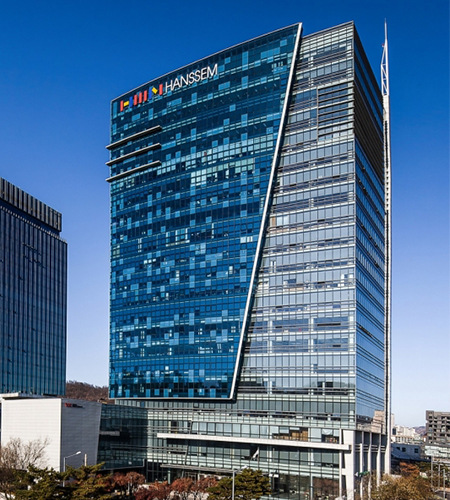 “Hanssem will be able to raise its market share by offering total home interior packages spanning materials, furniture and a kitchen on both online and offline platforms,” Kang said during his inauguration speech at a celebration event held Monday at its headquarters in Seoul. He pledged to cement the company’s position as the local market leader that would reap 10 trillion won in revenue in the mid and long term with a 30 percent market share under his leadership.

Kang, 54, is a hand-picked manager by Hanssem’s founder and honorary chairman Cho Chang-gul. Kang joined the company at the request of Cho in 1995 and since then has been behind the company’s rapid growth with interior business, characterized by the country’s first large showrooms that provide with hands-on experience of house decorations for a kitchen, bedrooms and a living room at one place. 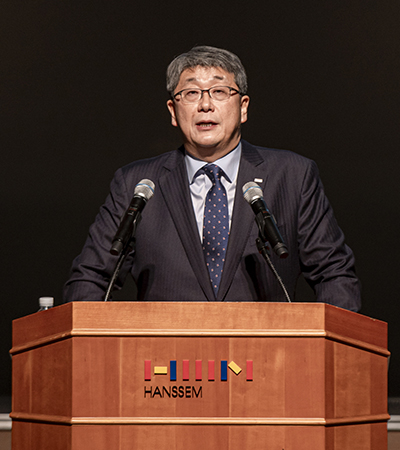 Kang has spearheaded Hanssem’s entry into the Chinese market since 2014 and the opening of the company’s first Chinese flagship store in Shanghai in August 2017. Thanks to a series of achievements, Kang has climbed up the ladder without interruption in a short period, becoming an executive officer just in a decade after joining the company.

As the company’s new chairman, Kang is now given a mission to spur the next growth of Hanssem.

In celebration of the company’s 50th anniversary next year, he vowed to further cement its leadership in the local market and focus more on the company’s global and digital push starting next year.

“Over the past 50 years, the company grew to Korea’s No. 1 in the market. For the next 50 years we will grow to become the industry leader beyond Korea,” said Kang in his speech.

“For the mission, smart home and smart city will be the next growth engines after home interior business for Hanssem,” he noted.

Kang focused on design, digital and talents as the three key factors that would lead the company’s success in the next 50 years. “With design appealing to the east and west countries, Hanssem will lead the lifestyle of consumers and bring innovative information technologies to home interior business,” Kang added.

The company that has focused on offline store sales to grow will also go all-out to reach out new customers via online platforms, he said.

Hanssem posted an operating profit of 34.1 billion won from January to September this year, with sales of 1.26 trillion won during the period. This year’s full-year sales are expected to fall from 1.93 trillion won last year due to subdued demand amid the slowdown in the local housing market.

By Ahn Byung-joon and Lee Ha-yeon