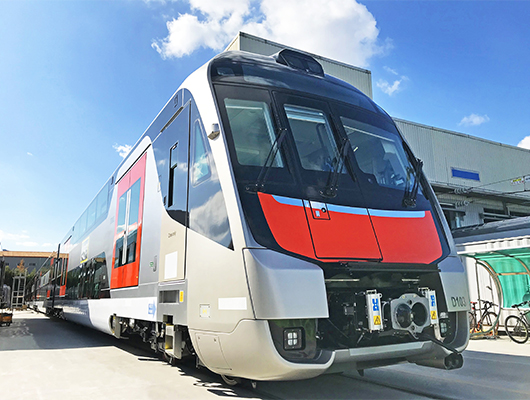 Hyundai Rotem said Monday that it has shipped 20 double-deck electric trains to New South Wales` railway authorities in Australia. The rolling stocks are the first batch of 554 vehicles it agreed to supply to the Australian state through two orders in 2016 and 2019.

The Korean company received an order worth 889.4 billion won ($750.4 million) from New South Wales’ railway authorities to supply 512 electric trains in 2016 and another order worth 82.6 billion won for additional 42 cars in March this year. This was the first time the Korean rolling stock manufacturer to have secured orders from Australia.

The double-deck electric trains, built at Hyundai Rotem’s plant in Changwon, southeast of Korea, will run on intercity routes around Sydney - the state capital of New South Wales and the most populous city in Australia. The trains have a maximum travel speed of 160 kilometers per hour, according to the company.

By Park Yun-gu and Cho Jeehyun