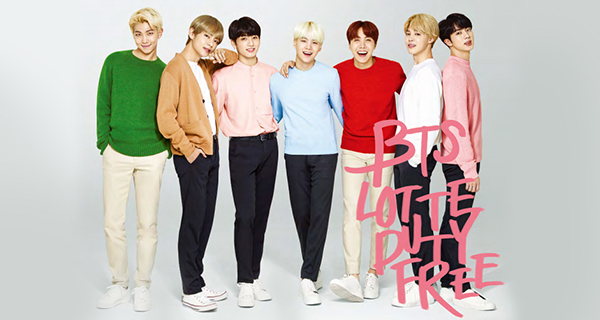 K-pop superstar BTS will stay on as the face of South Korea’s top tax-free name Lotte Duty Free for another year.

Over the last year, BTS’s fame has soared to an international status. The boy band put the K-pop phenomenon onto a new level after they became the first Korean pop star to top Billboard 200 twice this year. Its recent world tour was sold out in minutes. In April, Lotte Duty Free released BTS version of the travel retailer’s music video, and the ad video generated more than 20 million views.

Under the new term, BTS will promote Lotte Duty Free via video and print ads, as well as social media. They will also join a family concert to be organized by the duty-free company.

Lotte Duty Free expects new boost from the renewed contract with BTS to further cement in the leadership locally and globally.

By Lee Han-na and Cho Jeehyun