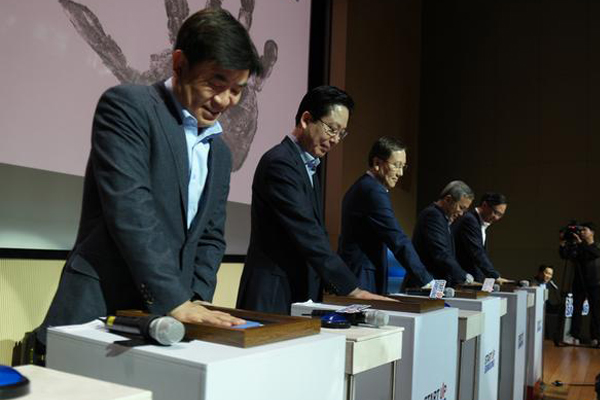 After winding up full-scale reorganization and relocation, Samsung Group is shaking up corporate culture to become more enterprising and daring under the leadership of younger leader Jay Y. Lee, vice chairman of Samsung Electronics Co. who is taking control of South Korea’s top conglomerate on behalf of his bedridden father Lee Kun-hee.

The so-called “start-up” initiative aimed to reinvent the work philosophy and environment would start from Samsung Electronics and trickle down to all corporate names under Samsung to reinvigorate the group by the time it arrive at its 80th anniversary of the founding in 2018.

The aim is to restructure the top-down hierarchy, as well as rigid customs and perspective so that the company can be agile, inventive and immersive to better come up and experiment with new ideas and innovation, said a senior company official.

Meetings will be halved and reports would be simplified to accelerate decision-making. An executive would be present when new ideas and business plans are explored to give a go-ahead on the spot without any need of inefficient documentation process. Anyone with ideas would be able to present them straight to the top regardless of his or her position. They also won’t need to draw up documental files or reports.

Habitual overtime will be discouraged to allow more flexibility in working hours. The company also plans to scrap the hierarchic name-calling within the division to simply address one another as team members and the head of the team.