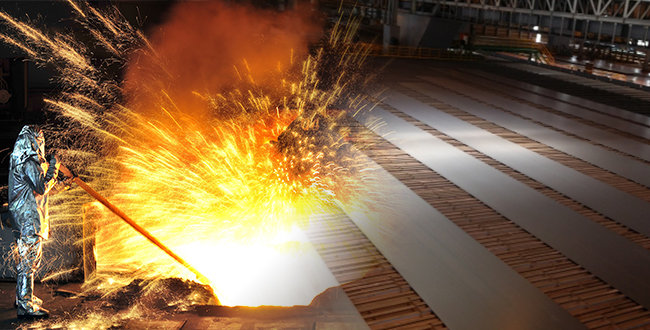 Shares of South Korean steelmakers have been rising on expectations that China’s reopening will drive growth in global demand for steel products.

Shares of POSCO Holdings Inc. have risen 8.67 percent this month from the end of last year, according to Korea Exchange (KRX) on Thursday. Dongkuk Steel Mill Co. saw a jump in its stock price of 19.73 percent this month. The steelmaker’s share prices plummeted earlier in December following its announcement that it will convert itself into a holding company and spin-off the hot-rolled and cold-rolled sheets operations. Hyundai Steel Co. saw a 12.09 percent climb in its shares this month. KRX’s steel index also saw a 6.47 percent jump during the same period.

One of the main drivers behind the surge is a better outlook for the industry following China’s reopening, brokerage insiders say. Steelmaker stocks are often dubbed as being “economy-sensitive,” as steel sales are affected largely by demand from industries like automobiles, consumer goods and construction.

The upward trend is also being led by strong iron ore prices, thanks to increased demand ahead of the Lunar New Year holiday, unaffected by the Chinese National Development and Reform Commission’s warning on ore prices. The international price of ore futures rose to $123 per ton on Thursday, rebounding from $80.214 per ton in November, according to market research company Trading Economics.

“Despite the downward trend in forward indicators, like sales of excavators and investment in railways, steel materials are seeing a surge in prices since earlier this month, mainly due to market sentiment that the industry had hit bottom and expectations governments around the world will stimulate their economies,” said an analyst at Eugene Investment & Securities Co.

Earnings at Korean steelmakers are also forecast to improve in the first quarter. They are expected to report losses for the last quarter of 2022. According to local financial market tracker FnGuide, Posco Holdings is projected to post an operating profit of 1.16 trillion won ($938 million), compared with 561.4 billion won in the previous three months.

“Posco Holdings will recover its production to their quarterly average of about 8.5 million tons as they are able to normalize their production starting this quarter as its No. 2 hot-rolled steel plant resumed operations in December,” said Lee Tae-hwan, an analyst at Daeshin Securities Co.

Hyundai Steel Co. is estimated to report 262.8 billion won in operating profit for this quarter after posting a loss in the previous three months, Shinhan Securities Co. said. The rebound in shares is also partly due to expected normalization in production and sale of steel as the sluggish fourth quarter earnings were driven by labor union and trucker strikes.

There are more cautious predictions as shares of steelmakers surged recently. The key is whether steel demand will grow in a continuous manner. Potential buyers of steel stocks will want to look at Chinese real estate trends. Revived investment in the Chinese property market may lead to increased demand for steel, as construction accounts for 42 percent of the demand for steel in China. Eugene Investment said data such as the purchasing managers’ index in manufacturing, as well as inventory data in steelmakers and distributors will help to determine whether the steel industry has hit bottom.

“Steel demand will grow later this year as China sees a recovery in their economy,” said Park Seong-bong, an analyst at Hana Financial Investment Co. “As the China Iron & Steel Association points out, however, a sluggish real estate market and slowed exports of manufactured goods may challenge steel demand.”

Another analyst shared a not very rosy forecast for Chinese steel demand. “A small surge in steel goods at the beginning of the year won’t lead to normalization of steel production in China,” said an analyst at Korea Investment & Securities Co. “By mid-February, inventory of steel goods are expected to slow after the Lunar New Year holiday and steel prices will see a fall.”