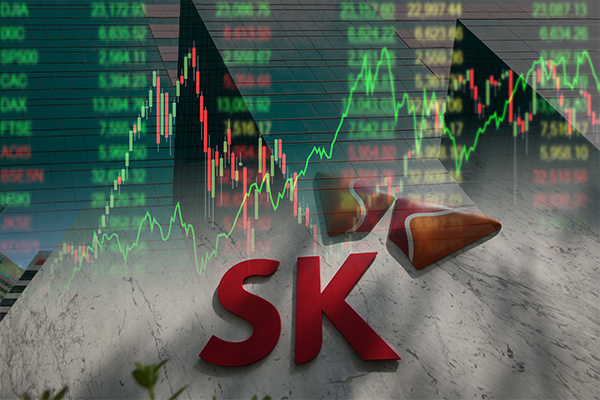 Shares of SK Group’s units remain weak even though SK hynix Inc. and other key affiliates have secured large funds to ease liquidity concern as uncertainty over earnings persists.

SK Inc., the holding company of SK Group, shares gained 1.59 percent over the first two weeks of January but it is lower than the average growth of Kospi, which rose 5.9 percent over the same period. The price-to-book ratio, based on the 2023 earnings forecast for SK, has dropped to 0.5 time.

Analysts are mixed in their price outlook on SK shares as SK hynix and other major SK units have raised large funds from investors while their poor earnings results are expected for the last quarter of 2022.

Although the inflow of new capital will help ease liquidity concerns for SK Group, the outlook on SK shares remains unclear.

Net profit of SK, the holding unit, is estimated at 651.0 billion won for the fourth quarter of 2022, shrinking 47 percent from a year earlier, as subsidiaries are expected to have delivered poor earnings. 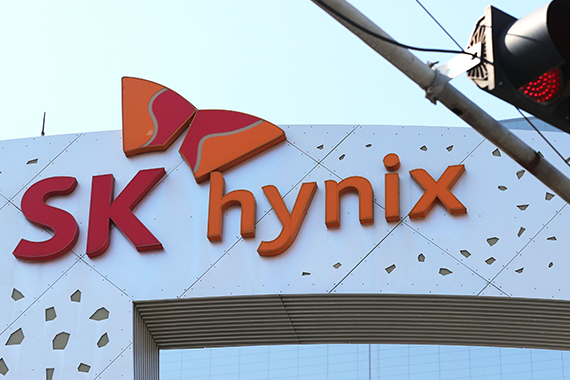 Analysts expect SK hynix, SK Group’s mainstay unit and a major chipmaker, to have recorded an operating loss of 1.3 trillion won for the fourth quarter. [Photo by Yonhap]

Analysts expect SK hynix, SK Group’s mainstay unit and a major chipmaker, to have recorded an operating loss of 1.3 trillion won for the fourth quarter, which would have affected earnings of unlisted IT solution units SK siltron Co. and SK specialty Co. Their revenue dependency on SK hynix is 18 percent and 23 percent, respectively.

Refinery unit SK innovation is expected to have recorded an operating loss of 225.3 billion won due to softening in refining margin from lower global oil prices.

SK E&S Co., a power producer that has delivered generous income to the holding company, will likely show a sharp fall from 1.2 trillion won net profit posted in the third quarter due to the regulatory ceiling on wholesale electricity price implemented in late 2022.

Concerns over SK hynix’s financial soundness has eased following the announcement of tax break on the semiconductor sector but SK Inc. has yet to overcome various challenges from losses in chip business to improving yields in battery production, said Choi Nam-gom, an analyst at Yuanta Securities.

There is also a growing call for SK to retire shares. As of Sept. 30, SK’s treasury shares accounted for 24.4 percent, which is tantamount to 26 percent held by SK Group Chairman Chey Tae-won and other close allies.

SK earlier announced it will buy back shares amounting to 1 percent or greater of its total market capitalization every year until 2025 to improve shareholder value.

Lee Sang-heon, an analyst at Hi Investment & Securities suggested the share buyback was not enough to boost the stock price that SK should retire treasury shares for actual result.

By Kang Min-woo and Cho Jeehyun