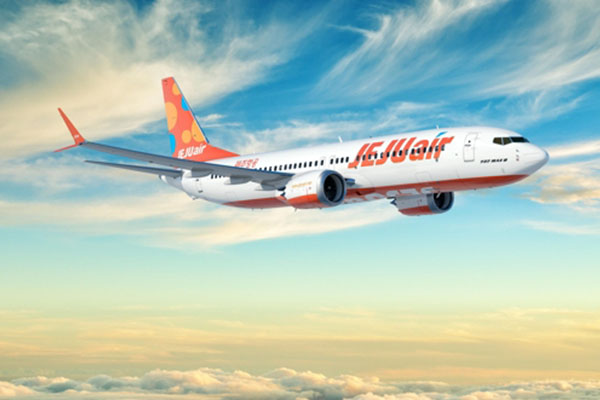 The stocks are on a roll mainly as demand for travel to Japan, a key destination for the LCCs, has increased sharply.

According to data from the Ministry of Land, Infrastructure and Transport, the number of passengers that flew to Japan from Incheon International Airport reached 810,500 last month, up 7.2 percent from pre-Covid times in December 2019.

The weak yen has made Japan an attractive destination for Koreans.

Yellow Balloon Tour Co. noted that reservations of overseas travel packages during the Lunar New Year holiday period that starts this weekend have jumped more than 40 times than last year. Vietnam was the most popular destination, followed by Thailand and Japan. 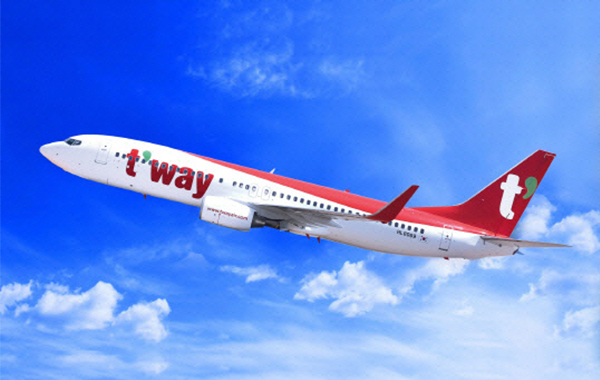 T’way Air is estimated to have shifted to profit [Source : T‘way]

Another favorable factor keeping LCC stocks up is their improving financial status.

“Jeju Air and T’way Air are estimated to have shifted to profit in December,” said Choi Ko-woon, an analyst at Korea Investment & Securities Co. “Jin Air will report an operating profit in the fourth quarter.”

Shares of Korean Air Lines Co., a full-service carrier, remain stagnant. The stock gained only 0.2 percent in the last month as of Wednesday as demand for long-haul destinations remain still low amid the sluggish economy.

According to data from Korean Air, routes headed to the Americas and Europe accounted for 64 percent of Korean Air’s total revenue in the third quarter of last year while to Southeast Asia and Japan, only 20 percent and 2 percent, respectively.

According to Korea Civil Aviation Association, the number of international passengers of Jeju Air soared 236 percent in December from a year ago while that of Jin Air 141 percent and T’way Air 106 percent.

Korean Air, however, saw 40 percent growth in the number of international passengers.

The number of passengers flying with Jin Air was 84.5 percent of pre-Covid-19 level two years ago in December and T’way Air and Jeju Air 71.8 percent and 70.4 percent, each, while that of Korean Air was 49.2 percent.

By Kim Je-gwan and Choi Jieun