Investors bet on future growth of robots after CES 2023 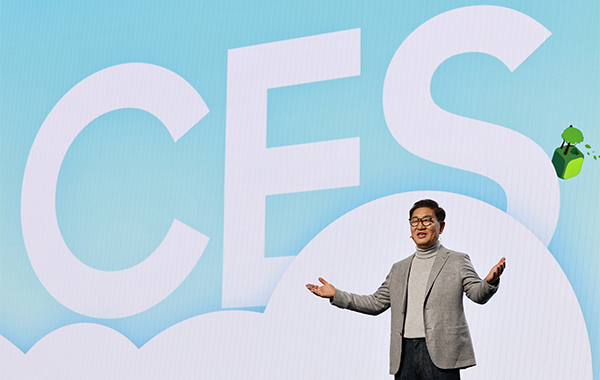 Korean investors are looking to robots for growth after the trend was identified during the Consumer Electronics Show (CES), one of the world’s biggest tech shows that took place last week in Las Vegas.

Following CES 2023 that focused on robots and robotics, as well as mobility and the metaverse, investors are looking for new tech startups and companies with high growth potential, according to investment industry sources on Sunday. Brokerage houses are busy releasing CES analyses following investors’ moves.

The CES organized its biggest automobile exhibits with a 30 percent increase in exhibit space. Its largest single space, the Central Hall, had an extended reality-related metaverse exhibit. A variety of robots with artificial intelligence were introduced, highlighting their potential to replace human labor. One robot can even collect data while traveling inside water pipes and another can clean inside a swimming pool filled with water.

Korean equity markets are seeing upward trends in robot stocks, largely led by Samsung Electronics Co.’s investment in Rainbow Robotics. The cooperative robot developer announced that it had received a paid-in capital increase of about 59 billion won ($46 million) through a third-party allocation from Samsung Electronics, which now makes the electronics behemoth the second-largest shareholder in the robot-maker with a 10.3 percent stake. Samsung Electronics Vice Chairman Han Jong-hee has also announced his company’s plan to release a human assistant robot, called EX1, within the year.

However, investors have a lot things on their mind when it comes to their investments in robots, as most robot-themed stock prices are already fairly high, and most have relatively small market capitalizations, at about hundred billion won. Furthermore, companies that participated in CES this year, or CES Innovation Award Product winners, are often unlisted startups.

While there are no significant market bellwethers, investors look at the robot projects at large conglomerates. Big corporations with unlisted robotics subsidiaries are leading re-assessments of the corporations’ equity valuations. Doosan Corp., for example, holds a 90.9 percent stake in a cooperative robot developer, Doosan Robotics Inc. As of last year, the robot maker was the fifth biggest cooperative robot maker in the global market, with a 10 percent market share.

The price of Doosan Corp. shares hovered at around 91,300 won at the close Friday, 9.9 percent up so far this year. “Stock prices don’t seem to reflect the potential of its robot projects as Doosan Robotics may become profitable this year,” according to an analysis from eBEST Investment & Securities Co., Ltd.

The company’s target price is set at 180,000 won as investors will re-assess the company’s value based on future growth of Doosan subsidiaries, including Doosan Robotics, Yuanta Securities analyst Cho Nam-kon said.

In the meantime, metaverse stocks are having a better start to this year. Due to their relatively small market capitalizations and relatively high volatility, they were among underperformers in the market last year. This year, however, is different, as Apple Inc.’s potential release of its XR device as early as this spring may attract more metaverse investors.