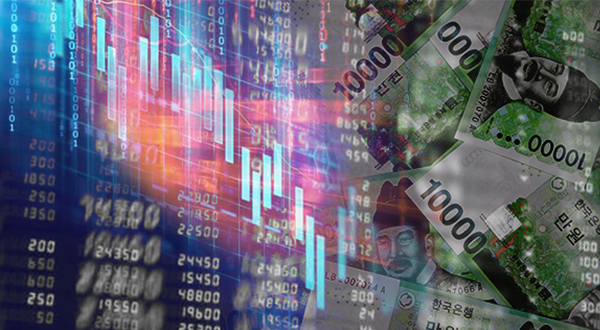 이미지 확대
South Korean companies have continued repaying their maturing corporate bonds as they have decided to postpone or cancel their investment plans amid growing uncertainties over the global economy and surging yields.

Companies have chosen to repay debts instead of refinancing with new bond issues for four consecutive months since May, and even more large corporations have joined the trend this month. Companies are expected to continue repaying bonds in the fourth quarter as more interest rate hikes are projected in the U.S. and Korea, meaning higher yields. Bond yields move in the opposite direction to prices.

According to the Korea Financial Investment Association, the yield on three-year corporate bonds rated AA- is 4.5 percent after hitting 4.7 percent at the beginning of this month. As yields on corporate bonds soared higher than expected, institutions and investors have rushed to sell their holdings to collect cash to avoid further losses.

“Some companies are repaying debt because they are afraid that they will not be able to raise the amount of funds they need in the cash-strapped debt market,” said Moon Chang-kwon, a researcher at Hanwha Investment & Securities.

Many large corporations have also decided to postpone or cancel their investment plans due to growing concerns over a recession in the second half of this year.

After repaying their maturing debts, companies have turned to get bank loans because the interest rates on bank loans are lower than the yields on bonds.

The balance of corporate loans from banks surged 6 trillion won in eight months to 1,146 trillion won as of the end of August, 7.6 percent higher than a year earlier and the highest in the month of August since 2009.