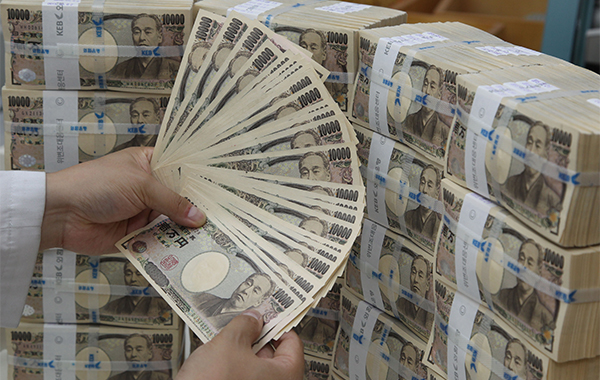 According to the Korea Securities Depository (KSD), domestic investors net purchased $9.46 million worth of Japanese stocks in August, up 33 percent from July.

In contrast, they net sold $571 million worth of U.S. stocks in August.

The Japanese yen breached the 140 range against the U.S. dollar on September 1, the lowest since 1998, amid widening gap between interest rates in Japan and the U.S.

Japan’s benchmark Nikkei 225 index lost 2.52 percent from the beginning of the year as of last Thursday, whereas other markets have been hitting annual lows.

According to a recent report by the Korea Investment & Securities, Japanese stocks are likely to be less volatile than U.S. and European counterparts.

“The plunge in the yen’s value against the U.S. dollar is expected to continue as the difference in interest rate between Japan and other countries grows,” said Choi Bo-won, a researcher at the Korea Investment & Securities.

Stocks in railway, department stores, and airline categories will benefit from the expected border easing with less impact from the volatile exchange rates, supply chain disruptions, and energy regulations.