SoCar sticks to IPO, but in 38% humbled pricing and 20% reduced offering 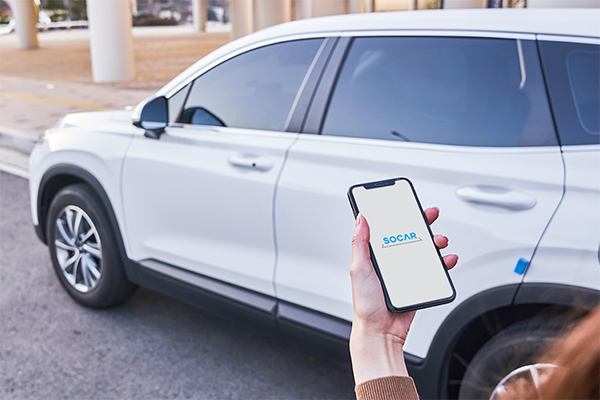 South Korea’s app-based car-sharing pioneer SoCar has kept to IPO commitment after cutting back pricing of initial shares by 38 percent and offering by 20 percent, humbled by tepid institutional demand.

According to investment bank sources Tuesday, its board approved pricing IPO at 28,000 won ($21) apiece, 38 percent below the top end of its guidance of 34,000-45,000 won. Public offering would also be scaled back by about 20 percent from original volume of 4.55 million shares.

Its initial market cap would be at 966.5 billion won instead of 1.6 trillion won estimated at the top end of the guidance.

The humbled IPO scheme had prior endorsement from strategic investors including IMM Private Equity and Altos Ventures.

The revised IPO prospectus would be submitted to authorities, and details of the change would be posted later in the afternoon.

In a two-day bookbuilding last week, SoCar’s IPO drew a competition rate of below 80 to one with most institutions bidding for 25,000 won to 30,000, far below the guidance.

The consensus gave little choice for SoCar if it was intent to see through the IPO, one bank source said.

SoCar would become second in the car rental category on the Kospi after Lotte Rental capitalized at 1.4 trillion won.

In 2020, SoCar was hyped to be a startup success with valuation at 1.1 trillion won when it drew investment from SG Private Equity and Songhyun Investment.

The company could not afford delaying IPO for ammunition for micro mobility enhancement and year-end launch of the so-called super app that would add parking, space sharing and room booking options to traditional car-sharing platform.

It has managed to turn into a profit from the second quarter.

The IPO cutback could affect other growth-based IPO candidates like platform operator Kurly who would be growing apprehensive amid a chain of pullouts of big names from the pipeline.

By Kang Woo-seok and Hyeseung Seo