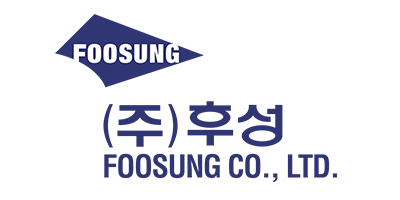 이미지 확대
South Korean chemical and materials company Foosung which has familial ties to the Hyundai owner family, is planning the IPO of its overseas holding company Foosung Global to expand its secondary battery business.

According to the investment banking (IB) industry on Thursday, Foosung Global recently selected Daishin Securities and Samsung Securities as its lead managers and is aiming to debut on the main Kospi bourse in the second half of next year.

Foosung Global is an overseas intermediate holding company of Foosung Group that currently has two Chinese subsidiaries and one Polish subsidiary. These corporations produce what are considered new growth engines in the secondary battery industry: electrolyte additives and semiconductor etching gas that chemically removes unnecessary material on a substrate.

Based on the refrigerant gas business of its parent company, Foosung Global has expanded into the secondary battery core materials field with its sixth largest production capacity in the world for electrolytes, one of the four main components of secondary batteries.

It is also ranked third after SK Speciality and Kanto Denka Korea for its production capacity of the tungsten hexafluoride (WF6), a dry etching gas used in the etching process for semiconductors such as DRAM and 3D NAND.

Foosung Global used a majority of the 150 billion won ($115 million) from selling a stake to Heimdall Private Equity to build plants in China and Poland.

It is currently building a plant in Poland, becoming the first electrolyte additive producer to build a plant in Europe. The plant will supply battery materials to LG Chem’s Polish subsidiary.

Foosung Global posted an operating profit of 12 billion won and revenue of 69.6 billion won on a consolidated basis last year. The company’s earnings before interest and taxes (EBITDA) for this year have been estimated at 40 billion won. Corporate worth of Foosung Global could reach 1.5 trillion, given its EBITDA estimate and growth in battery materials.

Shares of Kospi-trading Foosung fell 14 percent to 16,100 won on reports that it will lose its key subsidiary.

By Kang Woo-seok and Susan Lee