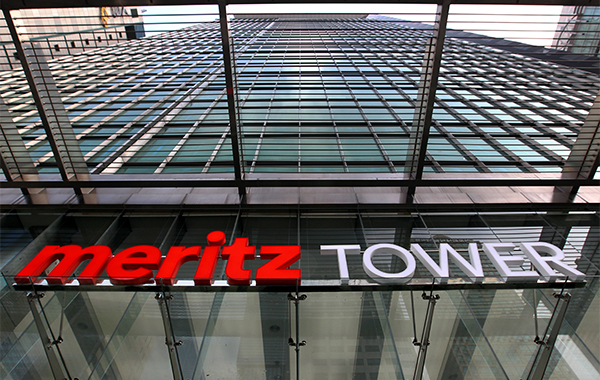 Shares of Meritz Financial Group plunged 40.7 percent so far this year and 53.3 percent from its historic high of 55,900 won ($42.5) in January to 26,100 won on Tuesday. The stock zoomed 348 percent last year alone on the generous buyback policies of its key subsidiaries to be one of the country’s top five best-performing stocks.

Its shares were trading 0.38 percent higher at 26,200 won on Wednesday morning.

Meritz Financial Group is expected to report solid earnings for the April-June period on a consolidated basis, with operating income and net income projected to have gained more than 2 percent and over 10 percent, respectively, from a year ago.

Shorting and profit-taking has been heavy on the stock deemed overpriced after epic ascension last year.

Short selling transactions of Meritz Financial Group reached 10.8 billion won over the past one month, accounting for 16.2 percent of its stock turnover.