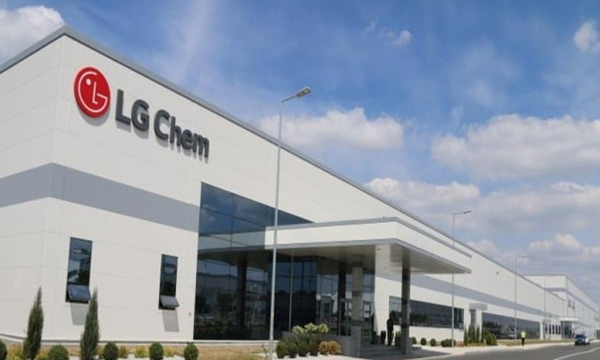 LG Chem Ltd. stock is expected to gain momentum on its solid business outlook after it was battered by hefty selloffs before institutional and retail subscriptions of its most lucrative business subsidiary LG Energy Solution Ltd.

LG Chem shares closed 0.29 percent lower at 694,000 won ($581.48) on Friday after finishing the previous session 6.58 percent higher. The stock has been losing for five sessions in a row until Wednesday, when its fully owned subsidiary completed its two-day public subscription session for its initial public offering (IPO) shares. During the five-day period, the stock lost 15.52 percent, based on the closing price, and market capitalization plummeted by 8.47 trillion won.

A year earlier, LG Chem shares had hovered around 1,000,000 won apiece but plunged below 650,000 won by December last year on concerns over the diluted valuation of the holding company following the lucrative unit`s listing.

It is common for shares of a parent company to experience a fall when its key subsidiary goes public. Analysts see the case has been the same for LG Chem, as LG Energy Solution took the whole rechargeable battery business, which was the reason behind LG Chem’s stellar stock performance for years, with it upon its split-off from the parent.

Analysts, however, forecast that LG Chem stock will bounce back thanks to easing uncertainty after LG Energy Solution’s IPO listing, as well as the parent company’s healthy business portfolio with great growth potential.

“The stock will undergo reevaluation as uncertainties and volatility created by LG Energy Solution’s IPO have eased,” said Choi Go-woon, analyst at Korea Investment & Securities. Investors should focus on the parent company’s advanced materials business, which is expected to diversity its profit sources beyond cathode materials and separators, Choi added, saying that this would highlight LG Chem’s new charm as LG Energy Solution’s main partner.

The analyst, however, adjusted down the price target for LG Chem by 8 percent to 970,000 won, expecting weaker earnings in the near future. Battery business unit’s operating margin is predicted to have dropped to 4 percent in the fourth quarter due to automotive chip shortages, while petrochemical unit’s operating income is expected to have declined 28 percent, said Choi.

By Shin Eun-bin and Cho Jeehyun