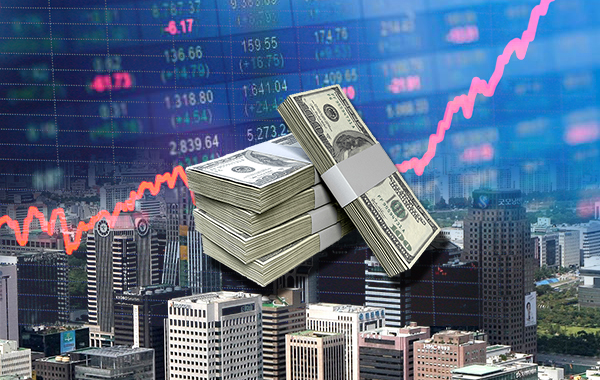 이미지 확대
Korean deposits for offshore securities surged to record-high of $100.6 billion last year after rising 39.3 percent from a year-ago period amid booming U.S. stocks, according to the Korea Securities Depository (KSD).

The U.S. was the primary destination for the deposits in waiting for securities investment, accounting for 68.6 percent. U.S. stocks took up 87 percent of offshore holdings by Korean nationals. The amount jumped to $67.8 billion last year from $37.34 billion in 2020.

Other markets were mostly unchanged with holdings in Hong Kong at $3.1 billion, Japan at $2.73 billion, China at $2.37 billion, and Vietnam at 460 million.