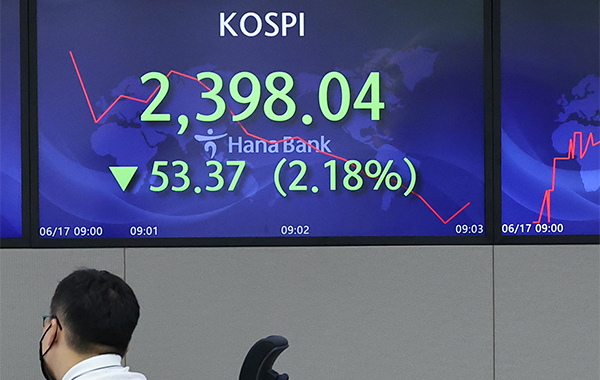 Korean shares fell below the psychologically important 2,400 level on Friday as foreign investors continued to pull out from large-cap funds on growing recession fears across the world.

Bellwether stock Samsung Electronics tumbled 1.8 percent to close at 59,800 won although it recouped some losses from new 52-week intraday low of 59,400 won. Last time the tech stock sank below 60,000 won was in November 2020.

Eugene Investment & Securities revised down its price target on Samsung Electronics to 79,000 won from 88,000 won, as it lowered the projection on the tech giant’s operating income by 2 percent for this year and 16 percent for next year.