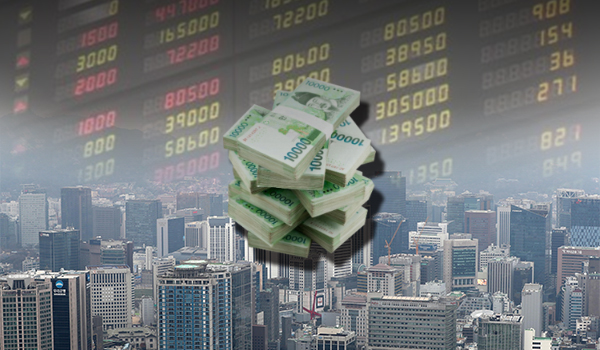 In line with the spike in the government yields hovering at their highest levels in 10 to 11 years, corporate debt yield in AA grade has been rising in the same pace.

By midday Thursday, unsecured three-year corporate bond of AA- yielded 4.372 percent after breaking above 4 percent for the first time in 10 years on June 7.

Corporate bond issuance thinned by 700 billion won from the previous month to 7.9 trillion won ($6.1 billion) in May. Institutional subscription for new offerings amounted to 2.195 trillion won, last month, off 145 billion won on year from 2.34 trillion won.

Companies in sub-investment grade are forced to turn to banks for new financing, bumping up debt issues by banks to meet corporate loan demand.

According to Koscom, the system manager of the Korea Exchange, debt issues by banks totaled 19.693 trillion won in May, a monthly record and nearly doubling 10.47 trillion won worth of issues in the previous month.

Meanwhile, individual investors are turning to bonds as the yields are higher than bank deposits.