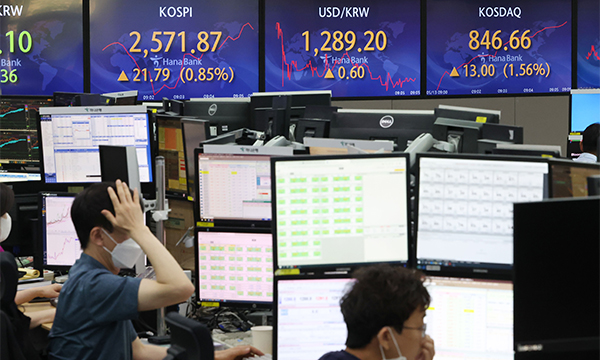 The South Korean won dangerously moves at the levels of the 2009 global financial crisis as it becomes battered under rapid interest rate rises in the U.S. grappling with 40-year high inflation, slowing Chinese economy, and fiscal stimuli from the new government.

The U.S. dollar was trading at 1,289.2 won on Friday, up from the previous closing of 1,288.6 won. The dollar has shot up to as high as 1,291.50 on Thursday but later eased from presumed defense of the won by Seoul authorities. The dollar is testing highest levels versus the Korean won since the global financial crisis in 2009.

The Korean won sank after release of the U.S.’s Consumer Price Index (CPI) that was up 8.3 percent on year in April, stronger than 8.1 percent in market consensus. Investors rushed to safe assets amid growing concerns that the U.S. Fed may fasten tightening.

The won is tanked more than other currencies as foreign investors couple it with the Chinese currency.

The Chinese yuan has also weakened against the greenback amid rising concerns for slower-than-expected growth this year from lockdown policy.

The bulky supplementary budget the new Korean government is seeking also can weigh over the local won. .

The government’s near 60 trillion won ($46.6 billion) supplementary budget that includes compensation to small merchants and self-employed businesses can increase money circulation and pull down the won.

The usual verbal intervention was missing despite the market volatility as the government is still in transition period, said an unnamed financial official.

Monetary policy committee members are expected to consider the sharp fall in the local currency during their meeting in May as a narrowed gap in the base rates may trigger the won to fall even further.

“The BOK will see the necessity to preemptively respond this month given the won’s movement and inflation from extra budget,” Seo from Shinhan Bank said.