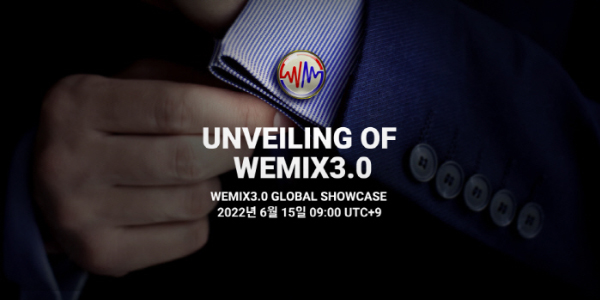 South Korea’s midtier game publisher Wemade Co. founder and chairman Park Kwan-ho will spend 30 billion won ($24 million) from his own pocket to purchase Wemix tokens over the next six months to contain the fall in the corporate digital token value and restore investors’ confidence upon delivering poor first-quarter results from murky corporate trade of the tokens.

Wemade announced on Tuesday that Park’s holding will be locked up for a year. It will make further announcements once Park fully completes the purchase.

Wemade chief executive Henry Chang purchased Wemix digital coins last month using his salary and stock dividend. Chang is planning to transfer the Wemix tokens to a public blockchain and will disclose the public address of the crypto wallet.

Wemade was heavily criticized in January for the company’s massive coin sale that was not promptly disclosed. Chang defended the sale, saying that the proceeds will be used to create Wemade’s own ‘play to earn’ (P2E) ecosystem and that none went to Wemade employees.

Wemade disclosed on Wednesday that it recorded an operating profit of 6.4 billion won, down 76.4 percent on year in the January-March period as the result of the company’s massive coin purchase and sales.

Revenue posted a quarterly high of 131.35 billion won, rising 72.3 percent on year thanks to the popularity of its MMORPG game Mir 4. Net profit plunged 98.3 percent to 399 million won.

Wemade announced that it will release Wemix 3.0 in a global showcase on June 15. It will launch its own mainnet as its current Wemix ecosystem is built on the Klaytn mainnet, to expand into decentralized autonomous organizations (DAOs) and decentralized finance (DeFi).

Wemix will also issue its own stablecoin, a less volatile cryptocurrency, called the ‘Wemix Dollar.’