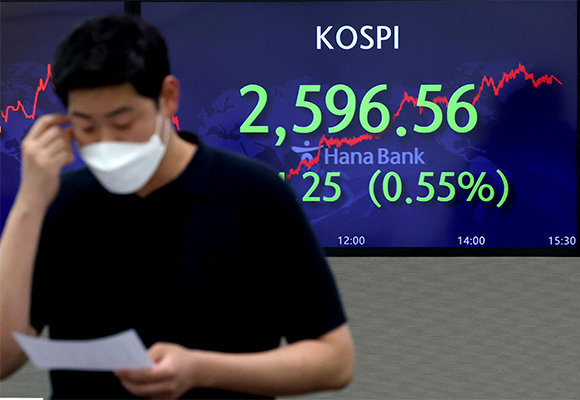 South Korean markets were hardly in celebrating mood for a new government under President Yoon Suk-yeol who was inaugurated Tuesday as the Kopsi lost psychologically-important 2,600 threshold to the lowest in 18 months while the Korean won hit its weakest in two years during the day.

The Dow Jones Industrial Average also was down 1.99 percent to the weakest since March 9, 2021.