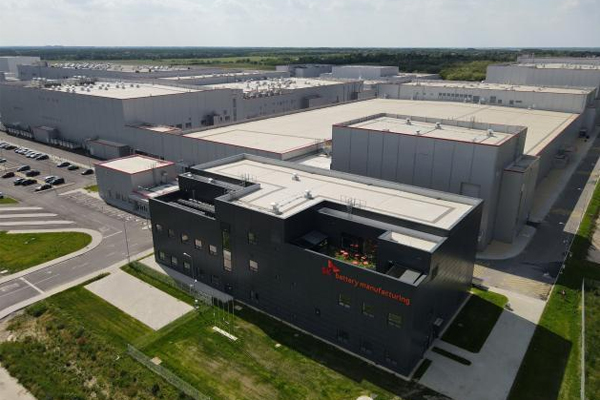 SK on in Komarom, Hungary [Source : SK on]

SK on has signed a deal with a consortium composed of South Korean private equity firms to raise up to 1.3 trillion won ($1 billion) to finance its overseas electric vehicle battery production ramp-ups.

SK innovation, the parent company of the Korean EV rechargeable battery producer, approved a funding plan to sell new SK on shares to a Korea Investment Private Equity-EastBridge Partners consortium during a board meeting, according to industry sources on Wednesday. Under the deal, SK on will raise funds worth between 695.3 billion won and 1.32 trillion won from the consortium of local private equity firms.

SK on will issue up to 24 million convertible preferred shares at 55,000 won apiece. The battery maker will first secure 830 billion won from the consortium within this year and additional funding early next year.

The latest recapitalization deal will enable SK on to secure some proceeds needed to finance its EV battery production ramp-ups in overseas markets, including in the United States and Hungary.

SK on plans to set up an EV battery joint venture with U.S. auto giant Ford and invest a total of $11.4 billion to the JV by 2027. In addition, it recently signed a partnership deal with Hyundai Motor Group to supply its batteries to the Korean auto giant’s EV-dedicated factory in the U.S.

The Korean major battery maker will likely seek to raise additional funds, given its massive overseas ramp-up plan worth billions of dollars, said an investment banker.

It is reported that Korea Investment Holdings, the parent of Korea Investment Private Equity, is actively leading fundraising deals for SK on. The financial firm is said to have raised 200 billion won through its subsidiary firm for investment in the battery maker and additional 250 billion won from foreign investors.

SK on reportedly has promised its investors that it will go public by 2026 on a condition that investors can exercise put options against SK innovation if the battery maker fails to proceed with initial public offering within the promised date.

By Cho Yoon-hee and Cho Jeehyun