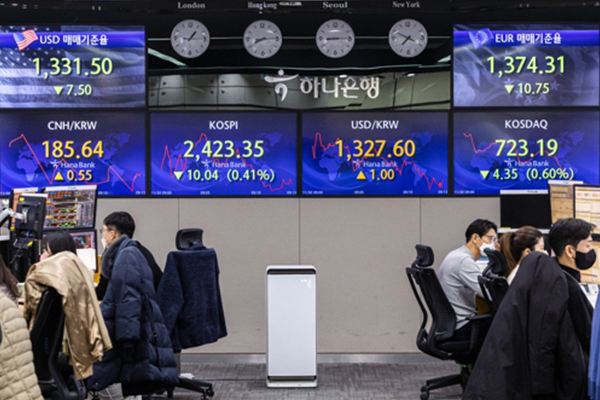 Foreign investors have net purchased more than $4.64 billion won worth Korean shares in October and November, mostly in large-cap chip and battery stocks.

According to the Korea Exchange on Wednesday, foreigners net purchased 6.08 trillion won ($4.6 billion) worth shares on the main Kospi and 36.7 billion won worth on the secondary Kosdaq from Oct. 1 to Nov. 29.

Their cherry-picking went to mostly large-cap stocks on the Kospi.

Foreign holdings in Korean stocks took up 31.26 percent on the Kospi in October, gaining 0.5 percentage point from a month ago and topping 31 percent for the first time since May.

The ratio in November however fell to 30.69 percent.

On the Kosdaq, foreign holdings also rose 0.06 percentage point to 8.9 percent in October and then declined to 8.74 percent in November.

Some of the stocks that reported foreign net purchase of more than 1 trillion won worth rallied by double digits.

Whether buying spree will extend to the year-end market however remains uncertain, watchers said.