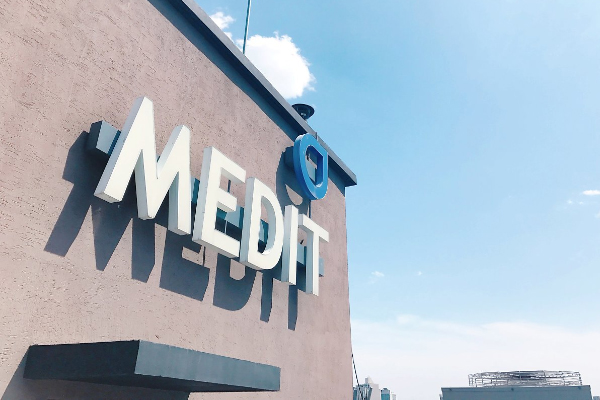 According to multiple sources from the investment bank industry on Tuesday, MBK Partners has entered exclusive negotiation to acquire Medit.

The new preferred bidder aims to sign a stock purchase agreement before the end of the year and close the deal early next year. The acquisition arranged by lead advisor Citigroup Global Markets Korea Securities involves a full stake in Medit owned by Medit founder Chang Min-ho, employees, and Unison Capital.

“MBK Partners has moved fast with its decision on the investment,” said an unnamed industry official. “Both sides are willing to sign a stock purchase agreement before the year end.”

MBK Partners is known to have offered under 3 trillion won the earlier bidders presented and failed to fulfill.

The sale price has been cut upon confirming latest earnings that stopped just half of what the company had estimated.

The preliminary race for the 3D dental solutions had been heated with candidates including The Carlyle Group-GS Group consortium, KKR, Blackstone, and CVC Capital. Canada Pension Plan Investment Board also reportedly had made a review until the last minute.

MBK preoccupied with potential equity investments in MegaStudy Edu and Kakao Mobility earlier in the year quickly intercepted in late October when the earlier group lost exclusive negotiating status upon dilly-dallying on finalizing the agreement amid unfavorable financing conditions.

“MBK Partners was able to move fast because it did not require an outside advisor,” said another unnamed official from the investment bank industry. “It also had enough dry powder that places it as an appealing buyer.”

MBK Partners has used up only 30 percent of its No. 5 Blind Fund worth $6.5 billion created in 2020 that can be used for the buyout. It also has set up a $1.8 billion Special Situation Fund last year.

It won’t need to seek a partner for the financing at a time when the M&A market has slumped in tightening environment.

MBK Partners has betted high on Medit’s mid- to long-term growth potential amid aging society and higher demand for healthcare.

Medit was founded by Chang, professor of machinery engineering at Korea University. Korean private equity fund Unison Capital became the major shareholder after it acquired a 50 percent plus one share stake in Medit for 320 billion won three years ago.

Medit, backed by Unison Capital, grew rapidly on aggressive overseas expansion. The company introduced a new dental scanner i700 last year in addition to its flagship i500. Medit is known to be world’s third-largest dental scanner developer in terms of market share.

Unison Capital during its stake acquisition of Medit three years ago valued the company at 650 billion won. It will be able to recoup investment at almost five times greater when it cashes out as planned.