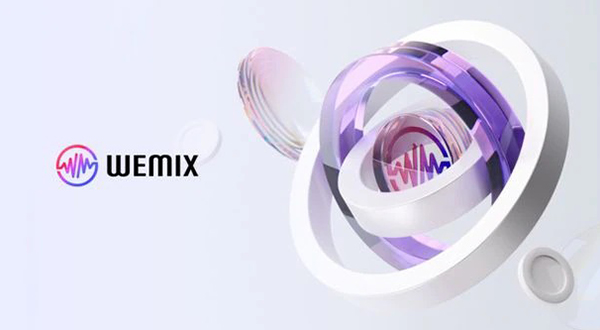 Wemix, the native token of South Korean major game publisher Wemade’s blockchain platform Wemix, will be kicked out from the country’s top five crypto exchanges, causing Wemade shares to plunge by the daily limit of 30 percent on the Kosdaq market on Friday.

The Digital Asset eXchange Alliance (DAXA), consisted of Upbit, Bithumb, Coinone, Korbit and Gopax, announced on Thursday that Wemix coin trading will stop as of Dec. 8 at 8 p.m. from their exchanges due to false information on distribution volume and the issuer’s poor management.

The market price of Wemix coin also plummeted more than 70 percent on the delisting news on Friday.

The move comes after Wemix was flagged with investment warning by DAXA a month ago because of the differences between the number of tokens that were distributed according to company’s disclosures and the actual number outstanding.

The problem was first found when the distribution of Wemix token exceeded the monthly distribution plan. On Oct. 26, the market capitalization of Wemix coin more than doubled from 300 billion won ($225 million) on Oct. 25 without any significant change in its price, raising suspicion among investors, according to CoinMarketCap. Concerns mounted that Wemix’s distribution information was not reliable.

On Oct. 27, four major virtual asset exchanges in Korea called for investors to be cautious in investing in the issuer’s parent firm Wemade, adding that “It was confirmed that there is a difference between distribution information submitted to DAXA and the actual distribution volume.” Market price of Wemix fell about 25 percent in 24 hours after the designation.

Later, Wemix corrected the problem after repaying a collateral loan received from Cocoa Finance, a decentralized finance service which was said to be the cause of the additional distribution.

The use of Wemix token through subsidiary mortgage loans was also a problem. At the end of the third quarter, the Wemix Foundation provided Wemix coins as collateral to its subsidies, such as Electric IP and Wemade Next, and received a cash loan of 39.5 billion won.

Wemix’s failure to inform investors such mortgage loans reminded of the poor management of the fallen FTX that hid potential risks but only presented rosy outlooks for its business, according to sources.

Speculations also are circulating that DAXA made the bold, prompt delisting decision to appease criticism that crypto exchanges were often influenced by giant issuers. If DAXA fails to delist Wemix, there would have questions of its existence, market analysts said.

The Wemix crypto project recently announced that it has raised funds from major investors including global tech giant Microsoft.

By Choi Keun-do and Kyunghee Park