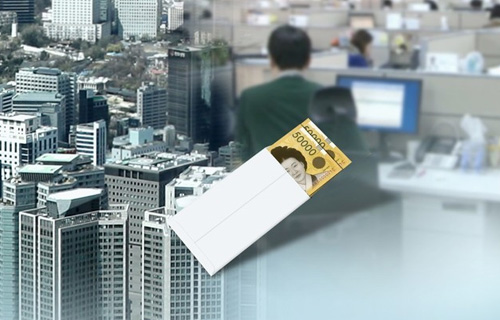 The absence of insurers, major investors of long-term debt, has been worsening Korean debt woes.

Insurers have been watching their capital ahead of the new International Financial Reporting Standard 17 (IFRS 17) going into effect in January next year. They also must have ammunitions ready in case of mass withdrawals from retirement funds due to worsening economic conditions and higher return offers during tightening environment.

According to industry sources, about 30 percent of retirement funds - 71.79 trillion won ($53 billion) worth life insurance products and 34.95 trillion won worth non-life programs - are expected to mature next month. This means a maximum 30 trillion won worth could be withdrawn from their funds.

For customers, it would be better to cancel insurance products and move money to banks for higher interest rates as the difference in rates has widened to as much as 5 percent.

Retirement pension plans offered a return of an average 2 percent level at the end of last year. Commercial lenders are paying near 6 percent for deposits and some non-mainstream insurers are offering as much as 7.5 percent.

“Companies appear to have trouble raising fund due to volatility in the debt market, but the real problem is that the insurance industry will soon lose trillion won worth funds. This poses a threat to the financial health of insurers ranging from small and mid-sized companies to large firms,” said an industry official.

Liquidity risk in the insurance industry causes chaos in the debt market as insurers have no choice but to dump their bond holdings to raise capital. Their woes could be aggravated by a rush of cancellation of savings policies.

Insurers are asking for allowance of short-term liquidity in case they run into a temporary squeeze.