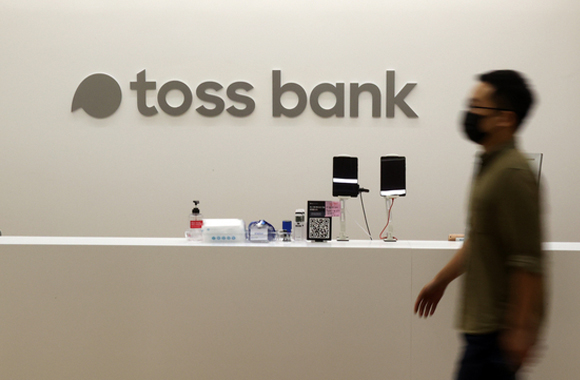 Pre-registered bank users exceeded 1 million as of last Saturday on high expectations for more loan flexibility from a new bank.

The interest rate on credit loans first launched by Toss Bank on Tuesday was set at a minimum 2.76 percent, with the credit limit of maximum 270 million won ($227,510.7). The conditions are most generous among commercial banks in Korea, where major banks offer an average interest rate of 3-4 percent on their credit loans and other digital-only banks 2.86-2.87 percent amid pressure from authorities to contain household debt.

Credit loans via Toss Bank’s overdraft accounts offer a maximum loan limit of 150 million won with the interest rate of 3.26-11.47 percent, three times larger than the borrowing limit on credit loans of the type offered by the five major commercial banks.

The small loan via overdraft accounts is available with the borrowing limit of 0.5-3 million won at the rate of 3.56-14.92 percent.

Financial authorities now are planning to limit the allowable borrowing for individuals by the online-only bank to under their annual income.

The interest rate on Toss Bank’s savings accounts is also the highest 2.0 percent among commercial banks, which is why the app-based lender has been welcomed by more than 1 million pre-registered users. Kakao Bank and K bank offer an annual rate of 1.5 percent on their fixed deposits.

Lending services for lower-credit borrowers or students with lacking credit history will be one of Toss Bank’s strengths.

The other two digital players submitted lower targets. Kakao Bank and K bank aim to allocate 20.8 percent and 21.5 percent of their budget for them this year and then raise the share to 30 percent and 32 percent, respectively by the end of 2023.

Shares of Kakao Bank, the only listed app-based banking stock in Korea, plunged 8.4 percent to close at 60,000 won in Seoul trading on Tuesday on heightened competition from an eager entrant.

By Moon Il-ho and Lee Ha-yeon