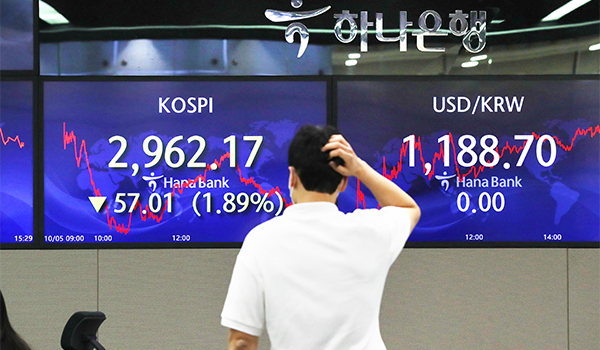 The benchmark Kospi finished Tuesday 1.9 percent lower at 2,974.94 after falling to as low as 2,940.59 earlier in the session that opened after a long weekend. The last time the key index slipped under 3,000 was on March 25.

The Kosdaq which last week slid under the hard-won 1,000 mark retreated further to 955.37, off 2.8 percent from Friday. Both Kospi and Kosdaq lost more than 10 percent for their annual highs.

Domestic players waged a heavy tug-of-war on the Kospi with foreigners who sold a net 624 billion won worth on the main bourse.

The Korean stock markets followed the overnight movement of the U.S. stocks rocked by inflation fears from the spike in oil prices to seven-year highs. The West Texas Intermediate (WTI) crude prices rose to the highest since November 2014. 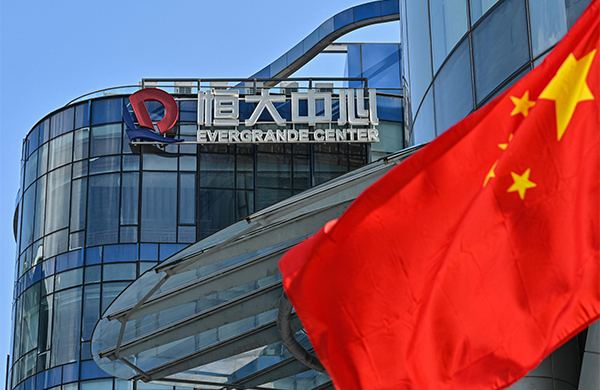 Shares of Samsung Electronics lost 1.4 percent to 72,200 won ($61) and SK hynix 2.1 percent and LG Chem 3 percent on volatility in commodities that go into wafer and IT device production, the pillar to Korean exports.

Lee Kyung-min, researcher at Daishin Securities, expected that the stock market would stay volatile for a while as a slew of new risks are emerging at a time when the market is still grappling with the rising consumer costs, inflation, and economic uncertainties like the ongoing U.S.-China conflict.

Analysts projected the market to stay bearish until earnings guidance from key companies including Samsung Electronics releasing preliminary data for the third quarter on Friday.

Bond prices lost further grounds on inflationary concerns that could invite another rate hike by the Korean central bank which holds a monetary policy meeting next week.