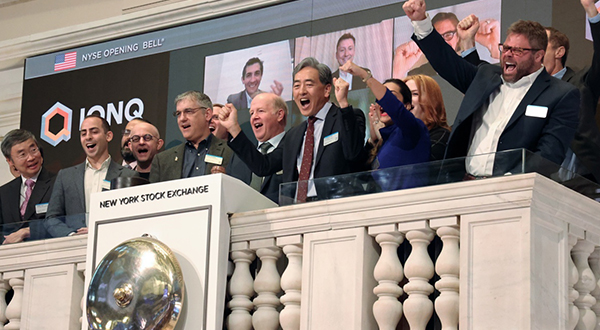 The company closed out its first trading day on Friday (local time in New York) with a market capitalization of $345 million.

Headquartered in Maryland, the U.S., IonQ was founded in 2015 by Duke University engineering professors Jungsang Kim and Chris Monroe based on 25 years of research. It is the only company with its quantum systems available through the cloud on Amazon Braket, Microsoft Azure, and Google Cloud, according to IonQ.

IonQ raised $55 million in a funding round in 2019, which was led by Samsung Catalyst Fund, a venture capital fund run by South Korea’s Samsung Electronics Co., and Mubadala Capital, a sovereign wealth fund backed by the United Arab Emirates. Its other investors include Amazon Web Services and GV (formerly known as Google Ventures).

A quantum computer is a machine that uses the properties of quantum physics to store data and perform computations. It is hailed as the next big breakthrough in data processing for its ability to perform problem-solving operations, which could take a normal computer millions of years, in seconds.