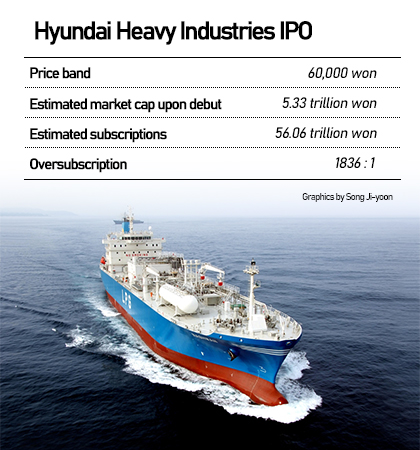 이미지 확대
Hyundai Heavy Industries’ hot debut of initial public offerings is due on Friday, but its early performance could be weighed down by potential foreign selling due to low lockup mandate.

Domestic institutions received 35.6 percent or 6,408,700 shares and foreign institutions 19.4 percent or 3,491,000 shares, according to the company’s filing on Tuesday. About 60.3 percent of the holdings by institutions are subject to lock-up obligation.

Lock-up agreement is a contractual constraint that prohibits shareholders from selling their shares for a certain period of time. Companies sign lock-up commitments to win over a popular IPO.

Most market experts expect the company’s opening price would double the IPO price of 60,000 won ($51.25) apiece, given the heat during the IPO process. Its performance from then on is relatively positive since most institutional holdings are held up in lockup. 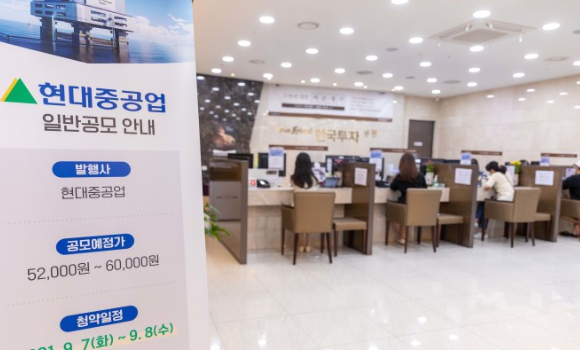 But foreign investors are free to take profit on their initial holdings since their commitment to lockup is at 1.2 percent

Hyundai Heavy Industries’ market capitalization would reach 5.3 trillion won based on the IPO price. If it doubles the subscription price, its market cap would surpass that of its parent Korea Shipbuilding & Offshore Engineering (KSOE) worth 8.4 trillion won as of Tuesday.