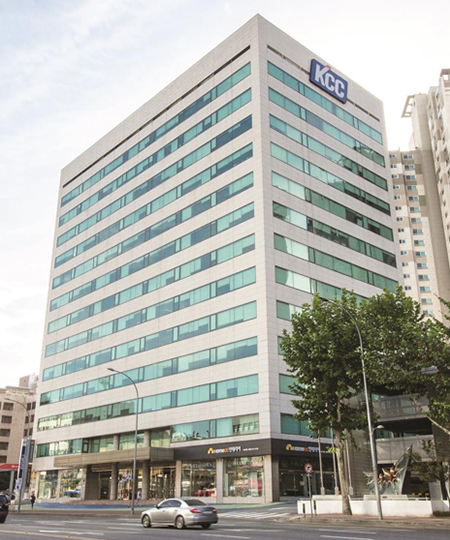 Shares of KCC Corp. have more than doubled as its joining of pre-IPO investment of $3.1 billion in U.S. silicon maker Momentive Performance Materials Inc. paid off nicely.

The construction material supplier’s stock benefited largely to the staggering growth by Momentive Performance Materials. The U.S.-based silicon company, which KCC acquired in partnership with local private equity fund SJL Partners and semiconductor equipment producer Wonik Group, in 2018, achieved 80 percent on-year growth in earnings before interest, taxes, depreciation, and amortization (EBITA) for the first half of 2021 from its mainstay silicon business. Its first-half EBITA reportedly is tantamount to its full-year earnings for last year, according to industry sources on Thursday.

The U.S. unit’s ceramics and quartz business also showed stunning growth with its first-half EBITA more than doubled on year.

The company’s revenue reportedly totaled at $100 million in the first half with EBITA margin hovering around 20 percent.

Momentive Performance Materials is one of the world’s top 3 silicone suppliers along with U.S.-based Dow Corning and Germany’s Wacker. It is No. 1 in the smaller ceramics and quartz market.

이미지 확대
KCC’s joint buyout of Momentive Performance Materials instantly placed its rank in the global silicon market to No. 3 from the tenth.

Risks also accompanied the acquisition. Last year, Korean credit rating agencies revised down the rating on KCC’s unsecured bonds to AA-/Stable from AA/Negative as the company’s consolidated debt-to-equity ratio jumped to above 100 percent upon the acquisition. Also, KCC’s both top and bottom lines were hit by Covid-19 woes.

However, KCC together with its partners managed to boost the American silicon maker’s value. It reorganized silicon business around high-value added products and increased backing for hollow cylinder type of products in the ceramics and quartz business in quick response to rising demands.

Such efforts paid off. The American unit delivered best monthly sales and profit records in January.

The Korean shareholders plan to list Momentive Performance Materials by 2024, with an aim to push up the U.S. unit’s EBITA margin to above 20 percent to maximize its value before IPO. They also target for the company’s worth to stand 10 times its EBITA by the time of public listing. They had paid about 7 times the EBITA for the buyout in 2018.