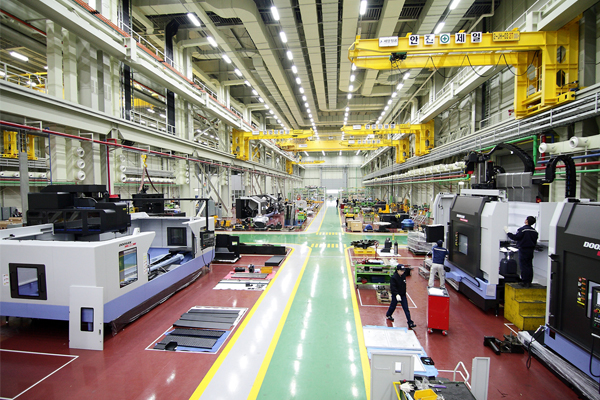 South Korea’s clothing manufacturer Sae-A Trading Co. is going after the whole ownership in Doosan Machine Tools costing up to 3 trillion won ($2.6 billion) as its cash-rich parent builds up portfolio from packaging and heavy industries through M&As

According to multiple sources from the investment bank industry on Thursday, Seoul-based North Asia’s biggest private equity group MBK Partners is in private talks with Sae-A on the sale of its portfolio company Doosan Machine Tools. Up for sale is entire stake in the leading manufacturer of turning centers held by DMT Holdings, a special purpose company of MBK Partners. The sale is expected to cost between 2.7 trillion won and 3 trillion won.

Growth stagnated in 2018 due to poor performance in China amid growing trade tensions between the United States and China.

Its revenue and operating income rebounded from the third quarter of last year amid revived infrastructure activity in China.

Demand from China, Europe, and the U.S. has turned up this year to result in record monthly orders in line with government-backed infrastructure projects to fight Covid-19 fallout.

According to market research agency Fortune Business Insights, the global machine tool industry is projected to grow at an annual average of 4.5 percent from $112.8 billion in 2019 to $151 billion in 2027.

Demand for machine tools has been on the rise across the industry.

Sae-A Group is capable of international financing capacity based on its strong global business, said an unnamed official from the investment bank industry. It can afford Doosan Machine Tools, but it is premature to presume the deal will go through, he added.

Another bank source believes the two sides have made considerable progress in negotiations.

Sae-A Trading is expected to set up a special purpose company for the acquisition and seek financing from banks and brokerages.