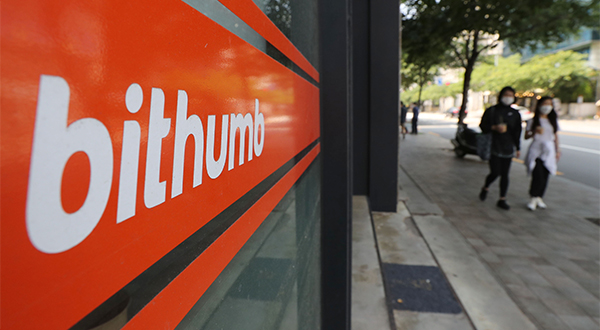 The sale of Bithumb Korea Co., operator of the country’s pioneering crypto exchange Bithumb, may hit a snag as its worth has shrunk by half in less than two months from its peak level due to a plunge in the prices of bitcoin and other digital currencies.

Bithumb Korea shares were reportedly priced at 300,000 won ($269.71) apiece in an after-hour block sale of a 1 billion won stake held by SBI investment to a Hong Kong-based private equity firm on Monday.

The pricing was made by valuation of 1.27 trillion won for the company’s 4,230,569 outstanding shares.

In industry rank, Bithumb has been outpaced by latecomer Upbit. Its former chairman faces investigations over fraud allegations.

Still, interest in Bithumb deal is still strong with candidates including Morgan Stanley, Visa, JP Morgan and Deutsche Bank. Gaming firms like NXC, the holding company of Nexon, and Wemade also are among the bidders.

By Ahn Gab-seong and Lee Ha-yeon