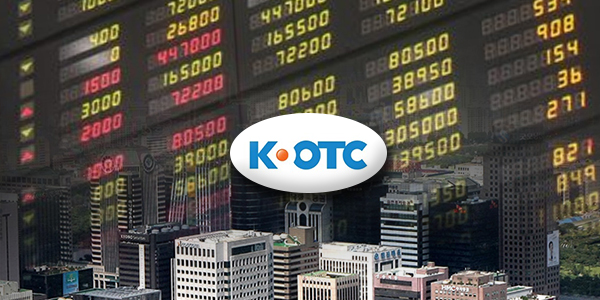 According to the data released Tuesday from the Korea Financial Investment Association (KFIA), an operator of K-OTC, the value of stocks traded on the private equity market for unlisted companies came to 20.07 trillion won as of Monday, up 214.8 billion won from the previous session.

The last time the OTC market cap topped 20 trillion won was in November 2014 due to frantic buying in Samsung SDS before its Kospi IPO. After Samsung SDS’s move, the value sank to 12.9 trillion won from 42.1 trillion won.

Major companies trading on the market include SK Engineering & Construction, which commands the largest market cap of 2.44 trillion won, followed by Semes, an affiliate of Samsung Electronics with over 2 trillion won and Netmarble Games subsidiary Netmarble Neo with 1.93 trillion won.

Biotech companies like AriBio, which is conducting a clinical study for Alzheimer’s disease in the U.S., and Covid-19 test kit exporter Osang Healthcare are also available.

The OTC market has been booming since last year, riding on the bullish run on mainstream bourses of Kospi and Kosdaq in the wake of the pandemic.

The total transaction volume for full 2020 reached 1.28 trillion won, exceeding 1 trillion won for the first time since the market opened in 2014.

The daily turnover averaged 6.8 billion won so far this year, up 32 percent from 5.15 billion won last year. In January, it came to as high as 9.99 billion won.

The K-OTC market was established in 2014 as an upgraded version of the Free Board market to help investors trade unlisted stocks of SMEs in a more transparent and convenient manner.